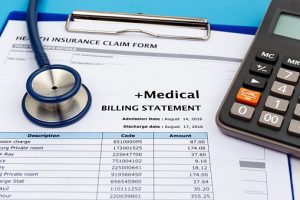 According to the latest findings by the Institute for Health Metrics and Evaluation (IHME), American healthcare spending was primarily on diabetes, heart disease, and back pain problems. Only 20 conditions made up nearly half of the healthcare spending in the U.S. Although diabetes and heart disease commonly affect those over the age of 65, neck and back pain often affected those in working age groups.

In 2013, the total spending on diabetes, heart disease, and back pain, combined with hypertension and falls was $437 billion, which amounts to 18 percent of personal healthcare spending.

Lead author Dr. Joseph Dieleman explained, “While it is well known that the US spends more than any other nation on health care, very little is known about what diseases drive that spending. IHME is trying to fill the information gap so that decision-makers in the public and private sectors can understand the spending landscape, and plan and allocate health resources more effectively.”

Other conditions which made the top 20 list included musculoskeletal disorders, such as tendinitis, carpal tunnel syndrome, and rheumatoid arthritis; and well-care (all care unrelated to the diagnosis and treatment of illnesses or injuries like dental visits; and pregnancy and postpartum care).

Other key findings from the paper included:

Depression treatment costs may be lowered with new talk therapy