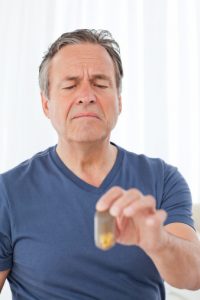 Diabetes drugs like metformin have already improved and saved the lives of those who have that increasingly common condition, but new research shows that they might also have a role to play in the fight against cancer.

This is not the first time biguanides, a class of drugs used to treat diabetes, has been associated with cancer-fighting potential, and retrospective studies have revealed that metformin helps some cancer patients. The National Cancer Institute (NCI) has said that metformin, a biguanide, is undergoing testing in clinical trials not only as a cancer treatment but also as a possible prevention for those at higher risk of developing the disease.

According to NCI, the research is examining metformin’s role in preventing breast, prostate, colorectal and endometrial cancers.

RELATED READING: This One Food Could Greatly Reduce Your Risk For Diabetes

But scientists at the Whitehead Institute have now discovered a part of the solution to the previously unanswered question of why these drugs can be helpful in cancer treatment.

As Science Daily reports, the researchers found a major mitochondrial pathway that gives cancer cells the ability to survive in low-glucose environments. If cells with impaired glucose use or damaged pathways can be identified, they can allow scientists to predict which tumors will be responsive to anti-diabetes drugs known to inhibit the same pathways. The study was published online in Nature this March.

Mitochondria: Engines Of The Cells

The researchers studied cells in an environment where they were surrounded by continuously circulating low-nutrient matter, in order to study how cancer cells can survive in the low-glucose environment found in tumors. Thirty cancer cell lines were tested; most of those weren’t affected either way by the glucose shortage, but a few of the lines did very well, reproducing rapidly, while a few others struggled.

“No one really understood why cancer cells had these responses or whether they were important for the formation of the tumor,” says Richard Possemato, one of the researchers and the coauthor of the paper for Nature. But he and his research partner thought that the susceptibility of some cancers to the low-glucose environment might provide a means to fight those tumors.

To learn more about how this could work, the researchers screened the cells that were struggling in the low-glucose environment in order to find out more about their genes: Were they helping or hurting the situation for these cells? That screening flagged genes involved in glucose transportation and oxidative phosphorylation, which is a metabolic pathway found in the mitochondria, the “engines” of cells.

The researchers guessed that the cells with defects in those genes were overworking their mitochondria, an effect that was heightened when the cells were placed in a low-glucose environment – such as the one found in a tumor. That means that by further impairing the mitochondria of those cells – for example, by bringing a glucose-lowering biguanide drug into the mix – the cells could be killed. Cancer cells that are particularly susceptible to a low-glucose environment potentially could be overworked and killed by drugs that further reduce the glucose.

In their first test, the scientists looked at 13 cell lines with defects related to the mitochondria and glucose use. They found that those lines were five to 20 times more sensitive to phenformin, a biguanide, than the lines in the control group. The same drug also inhibited tumor growth in mice with tumors derived from low-glucose-sensitive cancer cells. Next up, the researchers want to look at past studies to see if cancer patients with certain biomarkers did better than those without.

RELATED READING: Seeking Pain Relief? More Options For You Than You Think

The research is still a long way from use in human cancer patients, but it does shed some light on just why this particular class of diabetes drug, designed to treat an entirely different disease, can have an anti-cancer effect – and opens the door to further study on how medications we have already developed and tested may one day be used to treat one of our more serious diseases.