Home » Cancer » Prevention » Diabetes and its Link to Cancer 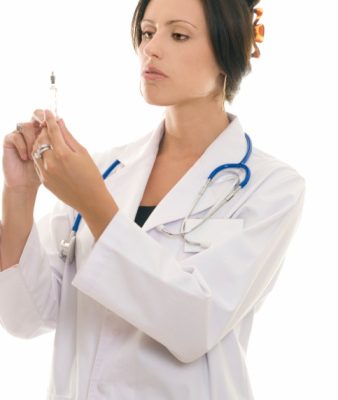 There are many possible complications associated with diabetes, is cancer now one of those potential risks? It might be.

First, and most importantly, there are two types of diabetes:

Type 1 – is usually diagnosed in children and young adults.  This is an autoimmune disease where the body attacks the insulin-making beta cells by mistake. Type 1 diabetics require insulin supplementation to control their condition.  Approximately 10% of diabetics have Type 1.

Type 2 – usually develops in adulthood; however, it can also be found in children.  This disease occurs when one of two things happens – the body does not produce enough insulin or the body does not use the insulin properly (resulting in high levels of insulin in the body).  Type 2 diabetes can be controlled through diet and lifestyle changes and medication if necessary.

–Heart disease – according to the Canadian Diabetes Association, up to 80% of diabetics will die of a heart attack or stroke.

–Eye conditions (diabetic retinopathy) – blindness caused by diabetes is the leading cause of blindness in North America in individuals 65 years of age and younger.  According to the Canadian Diabetes Association approximately 2 million Canadians have some form of diabetic retinopathy.

-Nerve Conditions – diabetes can injure the sensory nerves of the body, especially in the hands and feet (referred to as diabetic neuropathy).  The damaged sensory nerves of the hands and feet lead to the inability to feel in these areas.  Because of this, injuries (cuts, blisters, etc.) can become infected and can possibly lead to amputation of the affected body part.

-Impotence – erectile dysfunction affects many men as they age, but men with diabetes are at an increased risk of suffering from ED.

– Depression – according to the Canadian Diabetes Association, approximately 25% of diabetics suffer from depression.

In addition to the known complications of diabetes, recent research has focused on the possibility that diabetes can lead to pre-cancerous growths.  At The American College of Gastroenterology’s 76th Annual Meeting, new research was presented by Francis C. Okeke, MD, a research fellow at the Veterans Affairs Medical Center in Bronx, N.Y., which showed that people suffering with diabetes may be at an increased risk of developing precancerous growths called adenomas. Colonoscopy results were compared between people that had diabetes and those that did not.  Most of the subjects were male and over 65 years of age.

The findings showed that 29% of diabetics had at least one adenoma while only 21% of non-diabetics had one. Additionally, the research showed that individuals with diabetes had more adenomas and more advanced adenomas than individuals who did not suffer from the disease. Okeke stated that the reason why diabetics have adenomas may be due to the fact that they often have high levels of insulin in their blood and this may promote the growth of the pre-cancerous and cancer-causing cells. Another study published in the Journal of Gastrointestinal Cancer supports the Okeke’s findings.  This research showed a correlation between Type 2 diabetes and an increased risk of developing adenomas as well.

At this time, it is recommended that individuals with diabetes follow the general screening protocol for colorectal cancers, which begins at age 50.  There is, however, a need for additional research in this area. If further research supports the above-mentioned findings then diabetics may need to be included in the high risk category for colorectal cancer and begin their screening process at an earlier age.