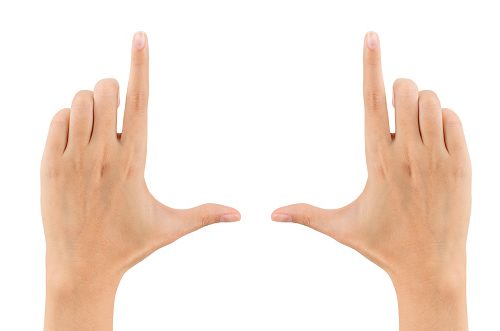 Have you ever wondered why you prefer to write with either your left or right hand? While some are ambidextrous and can complete tasks equally well using either hand, most people display a preference even while they are still in the womb.

New research published in the journal eLife has shown that this preference—known as hemispheric asymmetries—may be tied to the spinal cord rather than the different brain hemispheres.

Originally, differences in genetic activity within the left and right hemispheres of the brain were thought to determine a person’s dominant hand, as a preference is seen visually from the 13th week of pregnancy when the unborn child prefers to suck their dominant thumb in the womb. Movement of the arm and hand begin in the motor cortex, which sends a signal to the spinal cord to initiate motion, however, the motor cortex and spinal cord are not yet connected when unborn children begin to show signs of handedness.

This new study has found that distinct left-right differences can be seen in the spinal cord segments that control movements of the arms and legs as early as eight weeks into the pregnancy. To discover this, researchers analyzed gene expressions in the spinal cord between the 8th and 12th week of pregnancy and found that unborn children of eight weeks and older can perform asymmetric hand movements, displaying a preference or dominance of one side.
In searching for the cause of this activity, researchers concluded that non-genetic influences such as environmental factors may be the source. These outside influences may affect the bonding of DNA and alter the way genes are read to a different degree in the left and right spinal cord, making once side more dominant than the other.

While many believed that your dominant hand was tied to brain hemispheres, this new research suggests that changes in genetic expression within the spinal cord may be the cause of your preference for writing with your right or left hand.

What causes numbness and tingling in legs?