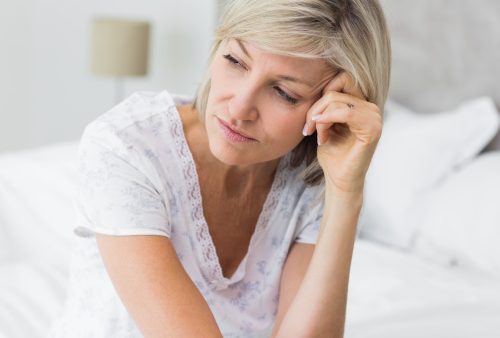 Depression has been tied to lower breast cancer survival rates, according to the latest findings. Dr. Elizabeth Davies from the King’s College London said, “Low mood and depression are understandable reactions to a breast cancer diagnosis. Clinicians generally know to look out for this, but these findings emphasize the need to ask patients with cancer about their mood and for women to know it’s OK to ask for help. It is important women feel they can talk about these feelings and do not feel guilty about difficulty coping or depression, which can be a natural response to cancer diagnosis.”

Women with depression had a 45 percent higher risk of death from all causes, compared to those who did not.

Five years after being diagnosed, 55 percent of women with a history of depression were alive compared to 75 percent of those who were never diagnosed with depression.

Depression can also cause poor lifestyle behaviors that can contribute to a greater risk of death, such as chronic stress, unwillingness to comply with treatment and less adherence to a healthy lifestyle.

Dr. Davies concluded, “Greater social support or psychological interventions for women with breast cancer could help to reduce the negative effects amongst those most at risk of depression.”

The findings were published in Psycho-Oncology.