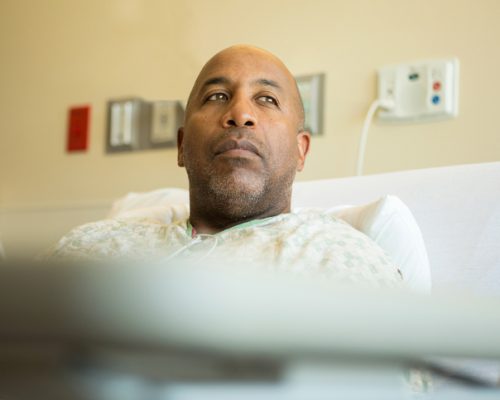 Depression after a heart attack can be quite common, but exercise and smoking cessation can help reduce the risk. Psychiatrist Dr. Manuela Abreu explained, “Depression is almost three times more common in people who have had a heart attack than in those who haven’t. Cardiac rehabilitation with aerobic exercise can reduce depressive symptoms and improve cardiovascular fitness.”

Dr. David Nanchen, head of the Prevention Centre, Department of Ambulatory Care and Community Medicine, added, “Patients who are depressed after a heart attack have a two-fold risk of having another heart attack or dying compared to those who are not depressed.”

The researchers studied 1,164 patients, assessing depression after one year of enrollment.

The researchers investigated the impact of depression after heart attack, looking at cholesterol, blood pressure control, smoking, reduction of alcohol, exercise, and adhering to medication guidelines.

The researchers found that after one year, 27 percent of heart attack patients had persistent depression or new depression, and 11 percent had improved depression. Patients with depression were less likely to be married, had diabetes, and were more frequent smokers, compared to those without depression.

Smoking cessation after one year had the strongest association with depression improvement.

Dr. Nanchen added, “Heart attack patients who smoke and are depressed are much more likely to improve their depression if they kick the habit. While our observational study was unable to find an impact of exercise after heart attack on depressive symptoms, we did show that patients who were already physically active were more able to improve their depression. We believe that the benefits of exercise after heart attack would be shown in a randomized trial, but such a study is difficult to perform for ethical reasons.”

“More than one-quarter of patients in our study reported symptoms of depression after their heart attack, which shows this is a big issue. Some had chronic depression which started before their heart attack while others became depressed as an acute reaction to the hospitalization and the event,” concluded Dr. Nanchen.

The researchers advise patients to discuss smoking cessation with their doctors after a heart attack.


Depression and its link to heart attack

A heart attack occurs in absence of an adequate blood supply to the heart, often due to a blockage. Damage can occur in the heart, and depending on how long the heart goes without blood will determine the severity of the damage.

Heart attack can impair a person’s life, but recovery is possible as long as it is caught early enough. Adjusting your routine post-heart attack may seem difficult, but practicing healthy lifestyle habits can keep you and your heart healthy. One side effect of heart attack, which is often not spoken about, is depression. Understanding the link between heart attack and depression can help with recovery.

Surviving a heart attack can be a very emotional experience as it can be sudden and bring you to the brink of death. Because of this, depression is often seen post-heart attack. It has been reported that depression after a heart attack affects 20 percent of patients. Although the depression may come and go, about one in every three heart attack survivors will experience depression. For this reason, it is important to spot the signs of depression to seek treatment .

Signs and symptoms of depression after heart attack

Depression can go undetected, especially by doctors. It’s important to recognize the signs of depression to seek help. Depression can be very harmful for the heart and in order to recover and deter future heart problems, recognizing depression is essential. Here are the signs and symptoms that indicate you may be depressed:

Treatment options for depression after a heart attack

Not treating depression after experiencing a heart attack can be detrimental to health. When a person is depressed they may not be inclined to help themselves. They might avoid seeking out medical attention, taking prescribed medications, or even practicing healthy lifestyle habits. For this reason, it’s important to treat depression experienced after a heart attack.

There are various treatment options available for depression. Speaking with a professional can help you narrow down which treatment option is best for you. For one, therapy and counseling allows the individual to address their problems and concerns. Furthermore, the therapist can use mechanisms to help the individual cope with their depression. A therapist may also prescribe antidepressants if the depression is severe. Therapists can monitor your progress and change the program to best suit your needs.

Daily walks can boost your mood and energy. Before you begin an exercise regimen, be sure to consult with your doctor. Exercise can strengthen your heart.

Consider going to counseling as part of your recovery to ensure depression symptoms don’t go unnoticed.

Treating Depression In Early Life Can Save You From Heart Disease

Detect Depression Early To Save Your Heart