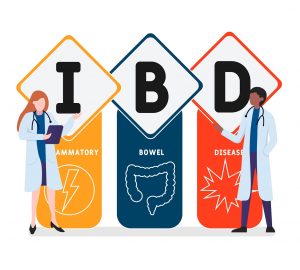 Research from Italy has found a possible link between depression and anxiety in inflammatory bowel disease (IBD) patients and the vascular barrier in the brain. The study published in the journal Science describes the gut-brain axis response to inflammation and its relationship to psychiatric illness.

While previous research has shown that people with inflammatory bowel disease (IBD) can experience depression and anxiety, this is one of the first looks at what happens to other parts of the body when inflammation in the gut arises. Researchers wish to outline that there may be a physical reason why some people experience other ailments rather than it just being a natural reaction.

For the study, lab mice were used to help understand the gut-brain connection. Researchers found that when inflammation happens in the gut due to IBD, the body can react to prevent the inflammation from spreading to other parts of the body.

One response researchers found in the mice was the closure of the vascular barrier in the brain’s choroid plexus. This group of cells produce cerebrospinal fluid for the central nervous system. It also serves as a barrier preventing material from moving between the cerebrospinal fluid and blood vessels.

These findings helped researchers conclude that the vascular barrier’s closure caused communication disruptions between several organs in the body. This could also possibly hinder some brain functions.

The mice in the study, which showed a closed vascular barrier in the choroid plexus, showed a loss of short-term memory and behavior that has previously been associated with anxiety.

Researchers suggest that at least some anxiety and depression in IBD patients may be due to the closure of the choroid plexus. They hope these findings will lead to other research efforts involved in studying problems with the central nervous system.

If future studies are able to show that the closure of the choroid plexus could lead to psychiatric ailments, it may be possible to develop therapeutic options. These treatments could prevent such closure of the vascular barrier while still preventing inflammation from the gut from spreading to the brain.