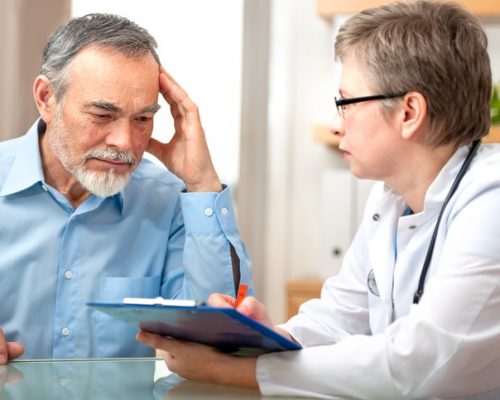 Dementia is a progressive condition usually affecting older adults. The early stages of dementia are characterized by mild cognitive impairment, meaning that repeated testing for changes in cognitive function is the only way to assess the progress of the condition and determine its diagnosis. A new study has found, however, that repeated cognitive testing can obscure the signs of dementia in patients.

The results of the experiment showed that the participants in the experimental group demonstrated the practice effect after being tested the first time. When the results were adjusted for the practice effect, the diagnosis of mild cognitive impairment doubled. “In other words,” says the study’s lead author William S. Kremen, Ph.D., “some men would have declined to levels indicating impairment on follow-up testing had they not been exposed to the tests before.”

In this case, the practice effect can distort the truth about a person’s cognition. If someone is tested frequently and repetitively for cognitive dysfunction, they will naturally improve on the test simply from the “practice” of taking it. This is concerning because doctors are unable to assess the true state or progression of someone’s dementia if they continue to score better on the cognitive testing used for diagnosis.

“When persons take the same or similar tests repeatedly over time, they simply get better at taking the tests,” says the study’s first author Jeremy A. Elman, Ph.D. “The consequence is that their results may not accurately reflect the reality of their condition.”

The researchers feel that these results are significant. If two people with similar demographics are both subjected to the same kind of cognitive test and they score the same result, one would assume it is because they have the same level of cognitive function. But what if the first person is being tested for the first time and the second person has taken this type of test before?

“We can infer that the second individual may actually have more impairment, but the effects of practice are artificially increasing their scores,” write the authors. “This scenario would suggest that the individual may have dipped below the norm-based threshold and would have been diagnosed as having MCI had the test been taken for the first time.”

The researchers conclude that clinicians should not rely solely on cognitive testing to diagnose patients with dementia and correct for practice effects if necessary.