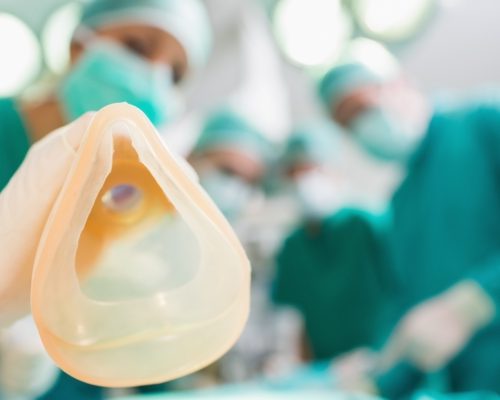 Dementia risk may increase with general anesthesia exposure in elderly patients. The risk of developing dementia is 35 percent higher in those seniors who were exposed to general anesthesia. Other studies have found that post-operative cognitive dysfunction (POCD) can progress into dementia several years later.

The study found that some anesthetics could promote inflammation of neural tissue, leading to POCD or Alzheimer’s disease precursors.

The researchers assessed the risk of dementia associated with general anesthesia in a prospective population-based cohort of elderly patients. Participants were interviewed at baseline and then again two, four, seven, and 10 years later. At each examination, there was a complete cognitive evaluation with systematic screening for dementia.

At the two-year follow-up, 33 percent of participants reported anesthesia (either general or local). A total of 632 participants developed dementia over the following eight years. The researchers found that patients who went on to develop dementia were more likely to be exposed to general anesthesia.

Lead researcher Dr. Francois Sztark concluded, “These results are in favor of an increased risk for dementia several years after general anesthesia. Recognition of POCD is essential in the perioperative management of elderly patients. A long-term follow-up of these patients should be planned.”


Other factors that increase your risk of dementia

Age: The risk of dementia increases with age, although cognitive decline is not an inevitable part of aging. One in nine people over the age of 65 have dementia and this number jumps to one in three people after the age of 85.

Alcohol use: Studies have shown that a large consumption of alcohol increases your risk of dementia.

Atherosclerosis: Hardened and thickened arteries can increase the risk of stroke and other cardiovascular problems, which can add to the risk of dementia.

Diabetes: Diabetes has been found to be a risk factor for dementia, but poorly controlled diabetes is a definite risk factor as it also increases the risk of stroke.

Down syndrome: Dementia is often seen in many Down syndrome patients and symptoms can be seen as early as the middle age.

Hypertension: High blood pressure has been associated with cognitive decline and stroke risk.

Mental illness: Depression has been associated with cognitive impairment and the progression of dementia.

Smoking: Smokers are at a higher risk for disease as smoking can slow down or halt the blood flow to the brain.

Some of these risk factors are unmodifiable, but it’s important to manage the ones that are in order to reduce your risk of dementia.