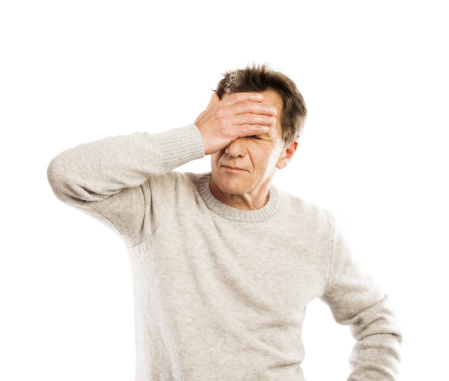 Middle-aged adults who experience dizzy spells upon standing may have a higher risk of developing dementia later in life according to new research from the Johns Hopkins Bloomberg School of Public Health. These dizzy spells are caused by a sudden and temporary drop in blood pressure—referred to as orthostatic hypotension—and have the potential to cause long-term damage to brain function caused by reduced blood flow to the brain.

To discover this relationship, researchers looked at data from over 11,500 adults with an average age of 54. These participants were followed over the course of at least 20 years, and it was found that those who had orthostatic hypotension at the beginning of the study were 40 percent more likely to develop dementia than their peers without it. These individuals were also found to be 15 percent more likely to experience cognitive decline. While a relationship was discovered by this research, it did not prove a causal link, meaning investigators were unable to prove whether the middle-age dizziness was responsible for the development of dementia later on.

Post-doctoral researcher and lead author of the study Andrea Rawlings explained the importance of their findings, stating: “Even though these episodes are fleeting, they may have impacts that are long lasting. It’s a significant finding, and we need to better understand just what is happening. Identifying risk factors for cognitive decline and dementia is important for understanding disease progression, and being able to identify those most at risk gives us possible strategies for prevention and intervention.” While it is unknown whether orthostatic hypotension is a sign of another underlying disease—or if these sudden drops in blood pressure are causing dementia—Rawlings and her team asserted that further investigation into this connection is warranted.
Dementia is a growing issue for the U.S. population, affecting between four and five million Americans, with numbers projected to rise as the population ages. These rising numbers make research into the cause and risk factors for the disease especially important as treatment and prevention options are limited.