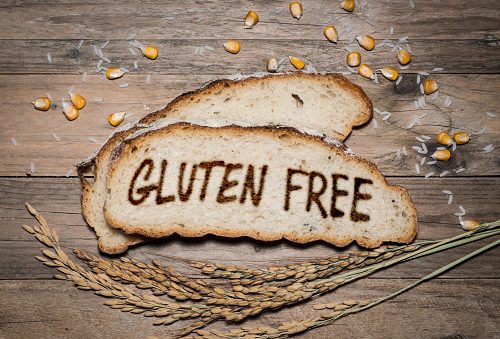 Dementia risk in celiac disease patients does not increase before or after diagnosis. Director of the Celiac Disease Center Peter Green said, “Patients coming to our center have long described ‘brain fog,’ and it appears that gluten can cause cognitive effects in some individuals with and without celiac disease. However, we didn’t know if these effects have long-term consequences in the form of increased risk of dementia.”

The study analyzed 8,846 individuals over the age of 50 with celiac, along with matched controls without celiac disease, in order to determine the incidence rate of dementia. After an average 8.4-year follow-up, dementia was diagnosed in 4.3 percent of celiac patients and 4.4 percent of the matched controls.

Lead author Benjamin Lebwohl said, “Celiac disease did not increase the risk of Alzheimer’s in this population-based study. We did not find evidence of increased dementia risk prior to the diagnosis of celiac disease, either.”

Dr. Green concluded, “People who promote an anti-grain or anti-gluten agenda sometimes cite our work in celiac disease, drawing far-ranging conclusions that extend well beyond evidence-based medicine. We know ‘brain fog’ is a serious symptom commonly reported by our patients, and it’s understandable that people have been worried about a possible connection to dementia. Fortunately, our work with Dr. Ludvigsson provides concrete evidence that this particular worry can be laid to rest.”

Celiac disease is intolerance to gluten, which is found in wheat. The body mistakenly attacks gluten believing that it is an invader and causes an immune response that can lead to diarrhea, cramping, pain, and constipation. Treatment options for celiac disease in order to reduce symptoms include:

The key to living with celiac disease is ultimately avoiding gluten at all costs. Knowing what you can and cannot eat can make living a day-to-day life much easier.