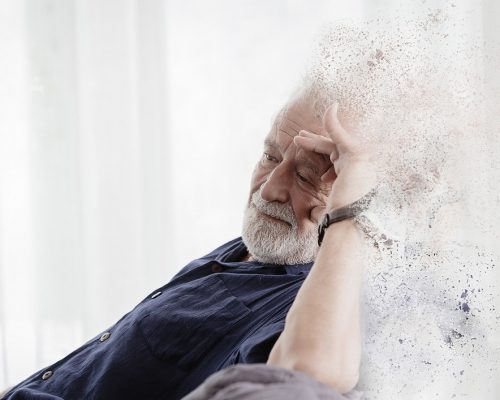 People who have hearing and vision loss have been found to have a higher risk of dementia. Often a normal part of getting older, vision and hearing loss have been the focus of research, as many of these patients have developed cognitive decline years later.

Research published in Neurology shows how having both vision and hearing loss together creates dementia risk. The study looked at 6,520 people between the ages of 58 and 101. Each participant was required to answer a questionnaire about the use of glasses or hearing aids. They were asked to rate their hearing as “normal,” “reduced, but able to communicate without a hearing aid,” “difficult communicating with a hearing aid,” or “no hearing at all.”

At the beginning of the study, 932 people had normal vision and hearing, 2,957 had either visual or hearing impairment and 2,631 recorded that they had both hearing and vision impairment.

To test dementia, researchers evaluated people’s thinking and memory skills every two years over six years. The test included word recall and recognition. The relationship between having a vision or hearing impairment and dementia and having both impairments and dementia were analyzed.

Researchers stress that further research is needed to explain why people with two impairments have a higher risk of dementia compared to those who only have one.

Study author JinHyeong Jhoo, M.D., Ph.D., said, “Older people with only a visual or hearing impairment can usually still maintain social contact, so they may not feel as isolated or depressed as people who have both impairments. However, when someone has both impairments, that may increase the risk of isolation and depression, which previous research has found may affect dementia risk and thinking skills later on.”

This study did have some limitations as the questionnaires are the only way that hearing and vision loss was recorded. There were no objective measures recorded that could have impacted the loss recorded.

This study adds to mounting evidence that eyesight and hearing tests can help to reduce other secondary conditions. Health care providers must recognize the risks that come from the impairment of vision and hearing.