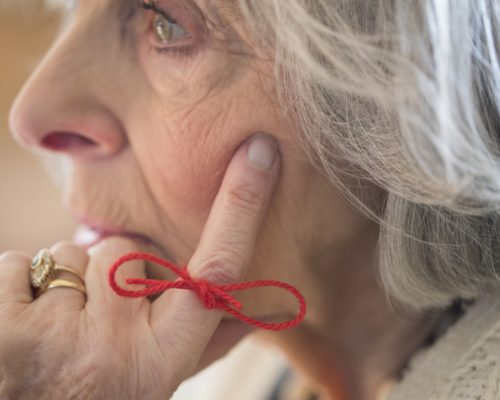 According to a new study published in the online journal BMJ Open, older people who experience significant weight loss or gain could have a higher risk of developing dementia. A team of researchers from the Republic of Korea decided to investigate the association between BMI (body mass index) changes and dementia in an elderly Korean population.

Dementia is a decline in cognitive function. It’s not a disease but may be caused by a variety of illnesses or injuries. Mental impairment may range from mild to severe and could also cause personality changes.

In the past, there have been existing evidence of a possible link between cardiometabolic risk factors such as cholesterol, blood sugar levels, and high blood pressure. However, the connection between BMI and dementia risk had remained unclear.

The study included 67,219 participants aged 60–79 years who underwent BMI measurement from 2002–2005 as part of the National Health Insurance Service-Health Screening Cohort in the country.

At the beginning of the study period, markers were measured including cardiometabolic risk factors, BMI, and socioeconomic status. After two years into the study, the incidence of dementia was monitored for an average 5.3 years from 2008 to 2013 during which the numbers of women and men with dementia totaled 4,887 and 6,685.

The results of the study showed that there was a significant association between late-life BMI changes and dementia in both men and women. A change in weight of 10 percent or higher, which is considered rapid weight change over a two-year period, was associated with a higher risk of dementia compared with a person who has a stable BMI.

The BMI at the start of the study was not associated with dementia incidence in either sex, with the exception of low body weight in men. The other significant risk factors for dementia noted in the study were with cardiometabolic diseases including congestive heart failure, diabetes, pre-existing hypertension, and high fasting blood sugar.

The study, although only observational, does shed some new light on the otherwise unclear connection between weight and dementia in an aging population. However, it can’t establish cause, and the researchers have pointed out some limitations including the uncertainty about the accuracy of the definition of dementia and relying on participants to self-report their lifestyle habits.

In the conclusion of the study, the researchers stated, “Both weight gain and weight loss may be significant risk factors associated with dementia. This study revealed that severe weight gain, uncontrolled diabetes, smoking and less physical activity in late-life had a detrimental effect on dementia development.”

Our results suggest that continuous weight control, disease management and the maintenance of a healthy lifestyle are beneficial in the prevention of dementia, even later in life.”