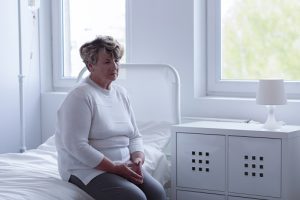 Patients with dementia have a lower quality of life due to a lack of activity. For those living in long-term care homes, quality of life can be negatively impacted by a lack of involvement in activities. Additionally, caregivers and family members often become pessimistic about the patient’s ability to become engaged. The findings come from a large study of quality of life in those with dementia, undertaken by the Dementia Collaborative Research Centre and Griffith University.

The researchers explored 53 long-term care facilities across Australia, measuring activity levels across 15 leisure activities for those with dementia. Only 191 patients were able to rate their own level of engagement: the average score was 11.4 out of 30 – with zero as the lowest and 30 as the highest.

Staff members were surveyed and they scored patients 9.6 – lower than the self-reported numbers.

Families were more pessimistic in what they felt their family member’s level of activity was – they gave them an average rate of seven.

“There appears to be a wrongly held assumption by staff and family that people with severe or late stage dementia are not capable of leisure activity or that they do not require the stimulation of activities. However we can see that although these people see themselves as having low ability, they have the capacity for a lot more.

“We already know that activity is really important and just because people with dementia may be cognitively impaired, it doesn’t mean that they should miss out on engagement in an activity. Missing out in this way can result in not only further lowering cognitive ability, but also the potential for there being an unmet need in the person. This may be exhibited as behavioral and psychological symptoms of dementia, such as agitation and wandering, which can also result in an increased need for medication,” Professor Moyle explained.

All three groups rated those who appeared depressed as having lower activity engagement.

“When we looked at the resident’s self-report, for example, the more they rated themselves as depressed, the lower they rated their own overall activity level. Among staff the difference was particularly large; they rated those with no depression with an average score of 10.9 versus a score of 6.4 for those they saw as being severely depressed. Maintaining quality of life for people with dementia living in long-term care is important, as there is no cure for this prevalent condition,” said Professor Moyle. “When people with dementia go into long-term care, there is a belief that they will be more engaged in activities and will experience an improved quality of life. This unfortunately is not always the case.”

“Given that leisure activities are proven to be related to the overall quality of life of this group, then there needs to be a concerted look at how this can be improved,” Professor Moyle concluded.