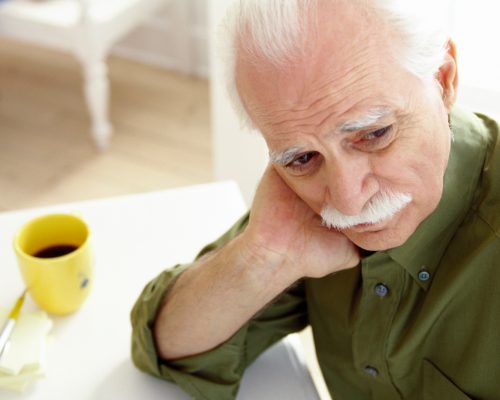 In dementia patients, depressive symptoms may be reduced with high-intensity exercise and group activities. Author of the dissertation Gustaf Boström explained, “Unfortunately, depression is common among older people, especially in people with dementia. Treatment with antidepressant drugs is often ineffective in older people and people with dementia. In addition, the risk of drug-related side effects increases with higher age and poor health, which is yet another reason to find other treatments.”

Boström investigated whether seniors with dementia who engaged in high-intensity exercise for 45 minutes every other weekday for four months experienced an improvement in depressive symptoms – compared to those who remained seated in a group activity of the same duration and frequency.

“Previous studies have shown that people with dementia at residential care facilities have few social interactions, which can negatively affect a person’s well-being. The positive effects could therefore be the results of social interactions in these kinds of group activities. However, more research is needed to confirm this,” added Boström.

Boström also investigated any possible association between impaired balance, general dependency in daily activities, and depression. The study involved 392 participants. The results showed a correlation between loss of balance and depressive symptoms.

“The link between impaired balance, dependency in transfer or dressing, and depression is an important finding and may be the subject of future studies focusing on prevention or treatment of depression among people in older age,” Boström explained.

As it turns out, early-onset dementia and depression share similar symptoms. There’s the social withdrawal, memory problems, loss of interest in once enjoyable activities and hobbies, sleeping too much or too little, and impaired concentration. It can be difficult for physicians to tell the two disorders apart. In addition, many people with dementia are also depressed, which adds another level of confusion in diagnosing.

When it comes to treating depression in dementia, there are non-drug approaches along with medications to treat depression.

Non-drug approaches to managing depression in dementia include:

As for medications, there are several different types of antidepressants, the most common being selective serotonin reuptake inhibitors (SSRIs) as these offer the lowest risk to the patient.

Work with the patient’s doctor in order to develop an appropriate treatment plan to better manage their depression.