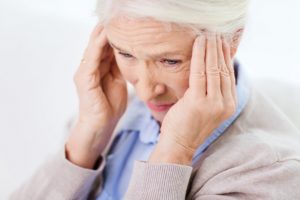 Dementia and cognitive decline may be delayed by preventing cardiovascular disease and diabetes. This is important as more people are living longer with diabetes, as obesity rates continue to rise, and more people are living with chronic heart disease. A decline in cognitive function can be considered a precursor to impending dementia in older adults.

The study looked at nearly half a million people from the U.K. Biobank. The records were separated based on medical history and the number of cardiometabolic diseases patients had. Scores on reasoning, reaction time, and memory tests were compared as well.

Researcher Dr. Donald Lyall explained, “Having one disease was associated with poorer performance on all the cognitive tests; but having two diseases was worse, and three worse still, particularly for reaction times and reasoning. Importantly, our analysis took account of lots of things which might have resulted in an erroneous result, such as medication usage, gender, age, deprivation, education levels, depression, smoking history, alcohol intake, and obesity.”

“Our findings highlight the potential to protect against cognitive decline by addressing other conditions such as heart disease. The reduction in mental test scores was relatively small for individuals, but may expand as people age. Given rising levels of multi-morbidity, i.e., where people are living with more than one chronic disease, and public health concerns regarding cognitive decline, our work has important implications for future research in this important area,” concluded Dr. Lyall.


Heart problems and the link to dementia

A study found that living with heart problems could increase your risk of dementia or Alzheimer’s disease. The study examined data from 1,000 people who were followed for 11 years. The results, published in Circulation, revealed that among the group 32 participants developed dementia and 26 developed Alzheimer’s disease.

The study found that people with weaker heart function were two to three times more likely to develop dementia or Alzheimer’s. Exploring this heart-mind relationship can help further develop effective preventative strategies to deter the onset of dementia.

The brain requires blood for a healthy functioning, so when the blood flow is limited, brain issues such as dementia or Alzheimer’s disease may arise. It follows then that a weakened heart may determine one’s risk of impaired cognitive function.

With ongoing research on mental deterioration, findings like this help better understand cognitive disorders and bring hope of uncovering a potential cure one day.