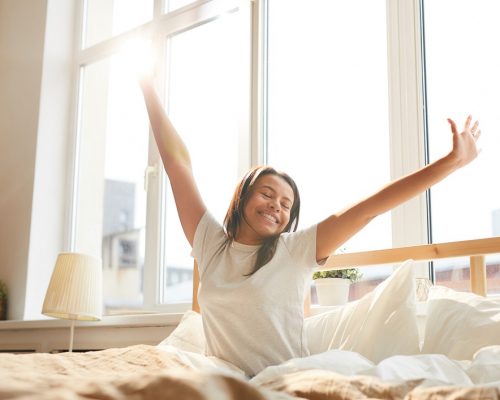 With depression cases on the rise, researchers are focusing on a possible link with circadian rhythm. Researchers believe that people whose sleep pattern goes against their natural body clock are more likely to have depression and lower levels of wellbeing.

A new study published in Molecular Psychiatry has found that people who are genetically programmed to be earlier risers may have protective properties against major depression. Researchers suggest it may be because society is set up to be more friendly to early risers, to include the standard 9 – 5 working pattern.

As COVID-19 has led to more flexibility in working patterns, it has helped researchers make a case for adaptable working habits. This may suit some individuals’ needs more than the typical hours.

When looking at the link between the body’s clock and depression, the research team analyzed previous studies which mapped 351 genes linked to being an early riser or a night owl. A statistical process called Mendelian Randomization was used to examine whether these genes were associated with seven mental health and well-being outcomes. Data for more than 450,000 UK adults from UK Biobank’s biomedical database and research resource was used.

All participants were required to complete a questionnaire about being a morning person or a night owl. Genetic information was also provided.

Researchers also developed a new measure of “social jetlag” that can measure the variation in sleep patterns between free days and work. This was measured in more than 85,000 UK Biobank participants who wore wrist activity monitors.

It was found that people who were more of a night owl were more likely to report depression and anxiety. They also reported lower overall wellbeing.

Lead author Jessica O’Loughlin said “We found that people who were misaligned from their natural body clock were more likely to report depression, anxiety and have lower wellbeing. We also found the most robust evidence yet that being a morning person is protective of depression and improves wellbeing.

We think this could be explained by the fact that the demands of society mean night owls are more likely to defy their natural body clocks, by having to wake up early for work.”

Overall, it was found that morning people were more likely to be aligned to their natural body clock. It is important to follow a regular body clock and try to get 8 – 9 hours of quality per night. Previous studies have shown that by following the natural circadian rhythm, you can reduce the risk of many types of illness.