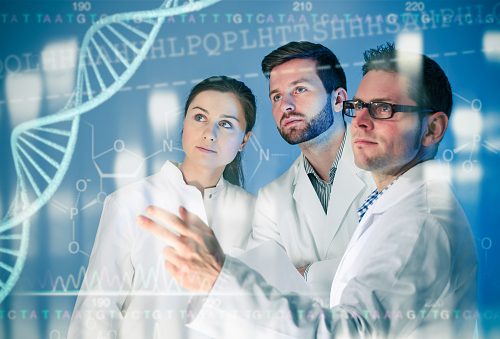 A new study is opening up avenues to detect more symptoms of post-traumatic stress disorder (PTSD) in patients. It is a pioneering study in understanding the role of the spindle and kinetochore-associated complex subunit 2 (SKA2) gene in the development of PTSD.

The details of the study, which were orchestrated by researchers at Boston University School of Medicine (BUSM), the National Center for PTSD and the Translational Research Center for TBI and Stress Disorders at VA Boston Healthcare System, appear in the online version of the journal Molecular Psychiatry.

PTSD is common among war veterans. Among the veterans who served in Operations Enduring Freedom and Iraqi Freedom, 11 to 20 percent have experienced PTSD in a given year. Studies suggest that compared to the general population there is a heightened risk of suicide and other mental health aberrations in veterans who have sustained warzone trauma, PTSD symptoms and other post-deployment mental health problems.

As part of the study, the team analyzed MRI brain-scans and blood samples from 200 veterans who had recently returned from conflicts in Iraq and Afghanistan. The aim of the study was to determine whether the blood chemical change in the function of the SKA2 gene could be used to predict the thickness of brain cortex and psychological symptoms, especially PTSD and depression.

The researchers found that an increase in the blood chemical changes associated with the SKA2 gene is linked with decreased cortical thickness in the prefrontal cortex. The team theorizes that this may play a role in the development of PTSD. It also explains why the gene in question predicts risk for mental health problems, like PTSD events and suicide.

According to lead and corresponding author Naomi Samimi Sadeh, Ph.D., who is also assistant professor of psychiatry at BUSM and a psychologist in the National Center for PTSD at VA Boston, the findings indicate that in the future it will be possible to identify military personnel who are at a risk of developing PTSD with the help of a genetic blood test.


PTSD causes: Role of other genes and brain areas

Genes – While the role of the defective SKA2 gene in PTSD has been established by the above study, scientists are also focusing on the role of other genes to see if they create fear memories. For example, PTSD researchers have honed in on:

In addition to the genes and brain areas, other factors, such as a history of mental illness, childhood trauma or a head injury, may be causative factors.

Who is at risk of post-traumatic stress disorder? 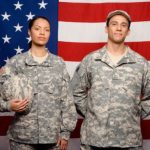 People of all ages and both sexes can have post-traumatic stress disorder. However, some factors that increase the risk of developing PTSD after a traumatic event are:

In most cases the signs and symptoms of PTSD may start within three months of a traumatic event, but there are cases where symptoms have not appeared until years after the PTSD event.

PTSD symptoms are generally grouped into:

Negative changes in thinking and mood

How to treat post-traumatic stress disorder 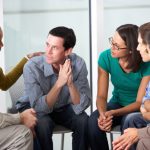 The primary method of treatment is psychotherapy, often combined with medication. Several types of psychotherapy, also called talk therapy, can be used, including:

Post-traumatic stress disorder symptoms take a serious toll on your health, leading to faster aging and even early death. Don’t let the disorder linger untreated. Take back control with these natural approaches to feeling like yourself again. And while you are at it, it pays to remember these simple rules to help you cope with the condition.

The team of researchers involved in the above mentioned study hope their efforts will ultimately enhance our ability to identify individuals who are at risk for developing PTSD.

Female troops at no greater risk of PTSD compared to males
Recent research by Defense and Veterans Affairs suggest female soldiers are at no higher risk of developing post-traumatic stress disorder (PTSD) than men who have had similar experiences. Continue reading…

PTSD linked to heart attack and stroke in women
Symptoms of PTSD can come in the form of nightmares, flashbacks, difficulty sleeping, and feelings of detachment. Since PTSD is most commonly associated with soldiers returning from war, it’s often overlooked that women experience PTSD twice as much as men. Continue reading…