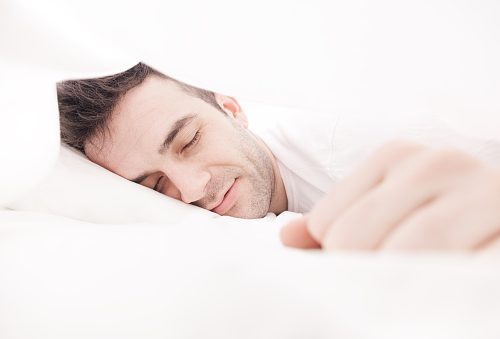 Getting a good night’s sleep not only helps you feel well rested for the day ahead but keeps you healthy and living longer. But according to new research, the benefits of sleep don’t stop there. Neuroscientists at the University of California, San Francisco have discovered that the brain reinforces motor skills during deep sleep.

Sleep and the brain

“This phenomenon may be related to the notion of ‘extracting the gist’ of how to perform a novel task. Sleep appears to reduce neural activity that is not related to a task we are in the process of learning,” said Karunesh Ganguly, MD, Ph.D., associate professor of neurology.

The study in question used implanted electrodes in the motor region of the brains of rat models. Brain signals were sent to a computer, which the researchers used to study brain dynamics during the control of a detached mechanical device. The team’s goal was to understand the effects sleep had on learning.

The researchers monitored neuronal activity in rat brains through the implanted electrodes as the rats controlled a mechanical water spout. However, due to the position of the waterspout, the rats had to learn to use a computer-driven mechanism to move it toward them.


While the rats were learning, the researchers were documenting which neurons were being activated.

“Eventually the rats learn to delink actual movements from the spout — they know they don’t really need to flinch their arm or do anything to make it move. All they have to do is volitionally control the pipe and it will come to them,” said Tanuj Gulati, Ph.D., a postdoctoral scholar and lead author of the new study.

Once the task was learned, studying the role sleep had on the learning process was relatively straight forward. The researchers monitored brain patterns during sleep, and they discovered that certain neural patterns kept replaying.
More interesting was that these patterns kept replaying even after the rats woke up. This led to improvements in
the other tasks they were performing that didn’t relate to the waterspout.

The implications of promoting the learning process

Many previous studies focused on the effects of sleep deprivation, which have been proven to affect memory and cause many physiological changes, such as increases in a stress hormone called cortisol. To help mitigate these variables, the researchers used optogenetics, a tool that utilizes light to turn neurons on or off. The researchers
used it to suppress neural activity in a small region of the rat’s brains during deep sleep.

Using this tool, the team was able to confirm that sleep did indeed play a vital role, as altering neural firing
disrupted crucial commutations and eliminated the learning advantage that deep sleep promoted.

This discovery helps to explain how sleep affects learning and even has the potential to lead to new medical stimulation devices that can facilitate this process.

Related: Your poor sleep may be due to this one thing

Lack of restful sleep may lead to more health problems

10 tricks to improve your sleep