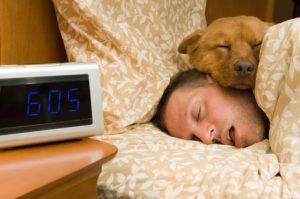 Slow wave sleep, or deep sleep, has been found to boost the immune system memory by storing data of antigens. The data is stored the same way memories are formed during the sleep cycle.

An antigen is a substance that triggers your immune system to create antibodies. When we are exposed to certain substances (bacteria, viruses, etc.), antigens trigger our immune system and form antibodies so the same substance does not make us sick in the future. This process of remembering antigens is heightened through deep sleep.

During slow wave sleep, our body forms and organizes memories to recall later in life. The way we can recall memories is the same way antigens are stored.

The researchers are the first to be able to explain that deep sleep doesn’t just affect memory formation, but other parts of the body as well.
Memory formation occurs in three steps:

When the antigen is saved it is stored as a ‘memory T cell.’ T cells collect what is called ‘gist information,’ which means they can recognize similar viruses and bacteria along with the original substance the body was exposed to. Senior author, Professor Jan Born, suggests that if this gist information isn’t collected, the immune system would focus on the “wrong part of the pathogen.”

Previous research has shown that after a vaccination there is an increase in memory T cells, which supports the notion that slow wave sleep contributes to the memory of antigens. The researchers suggest that both the central nervous system and the immune system – although different – rely on similar mechanisms, in this case consolidation.

The researchers feel that further study is required to better understand how deep sleep affects the immune system; they are hopeful that a better understanding will help vaccines be improved for such illnesses as malaria, HIV and tuberculosis.

The findings were published in Trends in Neurosciences.