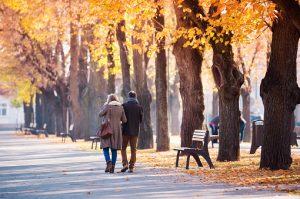 Autumn is just around the corner, which means declining temperatures and trading your summer clothes for something warmer. While watching the leaves change is enjoyable for most, a new study suggests that changes in temperature and atmospheric pressure may be related to an increase in hospitalization and even death in elderly patients with heart failure.

A sudden change in temperature is known to affect our health in one way or another, but this may have a greater impact on those considered more vulnerable. Now a study conducted at Université Laval and Université de Sherbrooke in Quebec, Canada, reveals that heart failure patients are at increased risk.

“We know that doctors rarely take the weather forecast into account when treating or making recommendations to heart failure patients. So, with the extreme differences in temperature due to climate change, we wanted to show how the weather is becoming a more relevant factor. Our study shows that exposure to cold or high-pressure weather could trigger events leading to hospitalization or death in heart failure patients,” said Prof. Pierre Gosselin, lead author of the study from Universitié Laval in Canada.

Heart failure is a major public health problem that affects more than 23 million people worldwide. It is also known as congestive heart failure and is characterized by your heart not being able to pump as much blood as it used to. It can be caused by several different things such as coronary artery disease (narrowed arteries of the heart) or simply having long-term high blood pressure.

The study in question assessed more than 110,000 people 65 years and older that had been diagnosed with heart failure in Quebec between 2001 and 2011. Subjects were followed for an average of 635 days, with researchers measuring mean temperature, relative humidity, atmospheric pressure, and air pollutants in surrounding area.

A higher risk of hospitalization or death was seen in participants in the winter period of the year, which is October to April. Warmer temperature periods did not see this correlation.

An increase of 0.7 percent in hospitalization or death from heart failure was observed for every 1C decrease in mean temperature. Also, the risk of heart failure incident increased by 4.5 percent for each increase of 1kpa in atmospheric pressure.


Cold weather puts the elderly with heart failure at risk

This is very concerning, as many North American cities experience seasonal variation and that can put seniors at risk every year.

The follow-up study found that 18.7 percent of people studied had heart failure events, with 18,309 people being hospitalized and 4,297 dying from the condition. It was calculated that 0.03 percent of patients experienced an incident per day, which extends to about 1,500 hospitalizations or deaths over a 10-year period, or 150 events per year.

“Our study suggests that exposure to cold or high-pressure weather could trigger events leading to hospitalization
or death in heart failure patients. This means that they should avoid exposure to fog and low cloud weather in winter as they often accompany high-pressure systems,” said Prof. Gosselin.