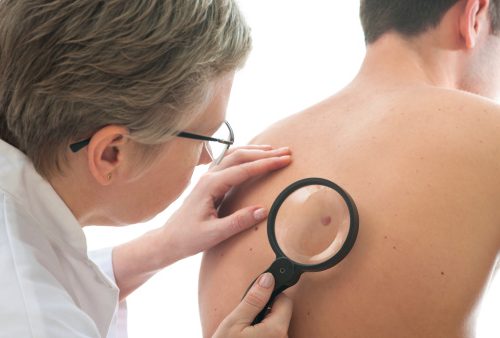 Over the last 30 years cases of melanoma – a common form of skin cancer – have been on the rise. Risk factors for melanoma include over-exposure to sun, indoor tanning beds and even family history. Now, researchers from Tel Aviv University have identified a trigger which leads to melanoma.

If caught early, melanoma can be removed and save a person’s life. Therefore, uncovering a trigger can lead to more successful removals of the cancer.

Research lead Carmit Levy explained that melanoma starts in the epidermis, or outer layer of the skin. He said if the cancer spreads to the lower layer, the dermis, it can eventually enter the bloodstream and spread to other parts of the body. “But before invading the dermis, melanoma cells surprisingly extend upward, then switch directions to invade,” said Levy.

For the study, researchers collected normal skin samples from patients in hospitals in Israel. Researchers mixed normal and cancerous cells and conducted a gene analysis expression to examine the cancer’s behavior. Researchers uncovered the micro-environment in the skin drove the melanoma to spread.

Levy added that regular skin cells don’t spread this way. He said when melanoma is on the top layer, there’s a catalyst that sends it down to invade the blood vessels. “If we could stop it at the top layer, block it from invading the bloodstream, we could stop the progression of the cancer.”

Researchers said they pinpointed when the melanoma cells in the epidermis changed and started to invade the lower layer, an activation called “notch signaling.” This happened when a molecule called a ligand came into direct contact with the melanoma cell. Levy said this means researchers know what to block to prevent the spread of the cancer.

Researchers are excited of their finding and said they feel they now can implement drugs which can prevent the trigger from causing melanoma. Their hope for the future is that medications can be transformed into a cream or gel form. This could be applied to the skin topically, as a form of protection against melanoma.

Levy concluded, “Melanoma is a cancer with a very long gestation period. If you can provide a simple kit with precise answers, you can catch it at the beginning stage and hopefully save lives.”

The research was published in Molecular Cell.