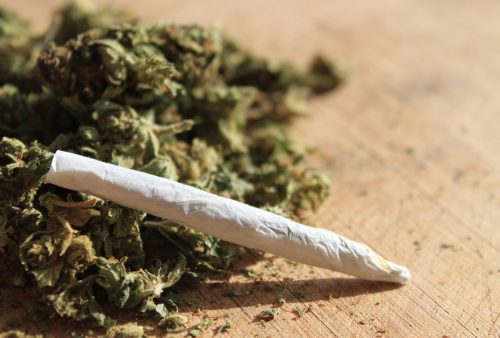 Cancer is one of the leading causes of death around the world, resulting in life-changing events such as a decrease in quality of general health and in more severe cases, death.  Cancer development generally occurs when cancer cells abnormally divide, resulting in the production of a tumor.  Cancer may also spread to the rest of the body, also known as metastasis, further triggering the uncontrolled division of cells.  Research efforts have focused on identifying ways in detecting early stages of cancer, as well as on discovering new drugs that may suppress the activity of cancer cells.

Cancer development may be induced by either one of two general means.  Cancer may be initiated by inherited genetic mutations and thus it is common to find a family that is afflicted by the same type of cancer.  Cancer may also be caused by exposure to harmful chemicals in the environment, including reagents that may be present in food, materials, and the air.  According to recent research report published in the journal Cancer, the use of recreational drugs may also result in cancer development.

The medical report described the findings of a study conducted among 163 patients who were positively diagnosed with testicular germ cell tumor, simply known as testicular cancer.  These patients were examined in terms of their general medical condition, as well as their age, ethnicity, lifestyle, and area of residence within the Los Angeles County in California.  A control group consisting of healthy males of the same age, ethnicity, lifestyle, and residential area were also examined to fully determine possible factors that influenced cancer development in the testes.

The results of the study showed that the use of marijuana was strongly associated with the incidence of testicular cancer.  It may be possible that the chemicals present in the marijuana triggered damaging reactions in the testicular cells, leading to the development of cancer of the testes.  Marijuana contains cannabinoids, or harmful molecules that could easily penetrate the tissues and cells of the body.  Upon entering the cells, canniboids have the capacity to interact with the deoxyribonucleic acid (DNA) of the cells, which in turn can modify the cellular activities, including the rate of cell division.  Abnormal and uncontrolled activities in cancer cells may thus result in cancer development and in this case, result in a malignancy involving the testes.

The Direct Relationship with Cancer Cells

The information presented in this research report serves as the first account on the direct relationship between marijuana and the production of cancer cells.  It should be understood that most associations between a specific lifestyle activity and a particular type of malignancy are difficult to establish, especially when there are several external and internal factors that influence the general health of an individual.  It is also thus important to include healthy individuals in every research study in order to rule out any factors that may simply be complicating the analysis.  It is also always helpful to increase the size of the study population used by a research program because it decreases the chances of getting biased results.  A bigger study population also strengthens the robustness of a research because it increases the range of features that are observed during the study.  Although this recent medical report uses a very small population size, the results of their study on testicular cancer cells may pave the way to more comprehensive research efforts on establishing the relationship between marijuana use and tumors of the testes.