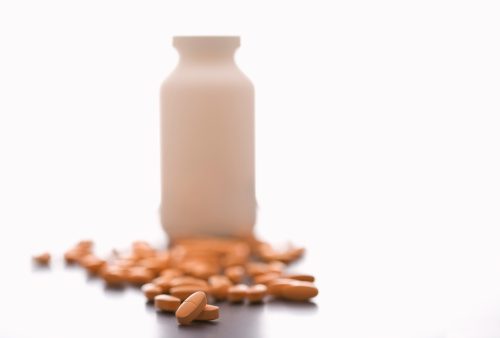 Multivitamins are an effective way to supplement diets that do not provide a person’s daily recommended vitamin intake. It is estimated that millions of American take multivitamins daily, with the assumption that they are promoting health and preventing disease. However, according to a new study, men taking a multivitamin every day aren’t helping their cardiovascular health at all.

“Many had thought that men with ‘poor’ nutritional status at baseline may benefit more from long-term multivitamin use on cardiovascular outcomes; however, we did not see any evidence for this in our recent analysis,” study author Howard Sesso of Brigham and Women’s Hospital in Boston said in a hospital news release.

The study tracked data from an ongoing study of more than 14,000 U.S. male doctors over the age of 50. A previous look at this data on the ingestion of multivitamins showed no reduction in the male risk for heart disease as seen over 11 years of follow-up. But what the investigators wanted to find out was whether men with poor diets that were lacking certain nutrients saw any benefit or not.

Unfortunately, according to the news report, men with poor diets taking a daily vitamin did not reduce their risk of heart disease. The same result was seen in participants with a more complete diet.

These findings have led experts to form differing opinions of the matter.

Dr. Kevin Marzo, a cardiologist at NYU, expressed that this study—much like previous ones on the benefits of multivitamins—suggest they are not ideal preventative strategies for reducing health woes, such as cardiovascular disease. He goes on to stress that too many Americans treat multivitamin use as a “quick fix” instead of investing their time and money on regular exercise and healthy diets rich in vegetables, whole grains, and saturated fats.

Stephanie Schiff, a registered dietitian at Huntington Hospital, N.Y., had a different view on the matter. She agreed that the best way to obtain vitamins and nutrients is from whole foods, but sometimes it’s beneficial to take a multivitamin to help prevent nutritional shortfalls. Schiff believes that, at least for women, a lack of nutrients can contribute to heart risks—some studies have linked a lack of vitamin D to congestive heart failure, high blood pressure, strokes, and heart attacks. However, she admits the studies involving women and multivitamin use have had mixed results, and more research is still needed.
“Perhaps some kind of nutritional shortfall may be responsible for an increased risk of heart disease in women,” Schiff said. “These studies don’t necessarily prove cause and effect, but there may be some kind of correlation. The best way to find out would be for more randomized clinical trials with large sample sizes to be conducted.”

Duffy MacKay, senior vice president of scientific and regulatory affairs for the Council for Responsible Nutrition (CRN), expressed his discontent with the study not necessarily being generalizable to the whole population. He mentions that the male participants of the study on average had a healthier diet than the general U.S. population, which could explain the results found in the study.

“We strongly encourage further research to determine additional value of the multivitamin and that of other individual nutrients,” he added. “For consumers, the key takeaway of this study is that the multivitamin is not a panacea, but at the very least, given the nutrient shortfalls in our population, it can reliably fill nutrient gaps.”