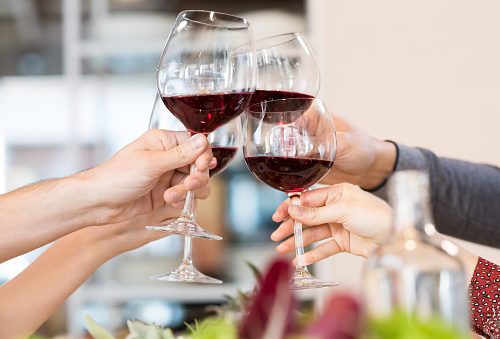 As the saying goes, “It’s wine o’clock, somewhere!” The popularity of wine is quite evident, especially among younger women. It seems that wine—although around for centuries—is really hitting its peak in popularity, with people partaking in “Wine Wednesday.”

On one hand, many studies have pointed to the health benefits of wine due to it being packed with antioxidants. But as with all things in life, moderation is key.

Unfortunately, many women, in particular, are not following the moderation rule, so as a result, there has been an influx of liver disease cases among women.

In the last five years, hospitals have seen an influx of female patients showing signs of liver problems. Statistics show that one in three patients with liver disease are women. Last year’s number reveals 6,425 cases of liver disease, with the majority of them among women not even 30 years of age. In comparison, there were 4,941 in 2011. Liver disease kills roughly 1,500 women annually.

Vanessa Hebditch from the British Liver Trust explained, “That odd extra drink at ‘wine o’clock’ can seem harmless. But over the years it can develop unnoticed into a serious liver condition.”

Mark Leyshon of Alcohol Concern’s added that the trend of wine drinking has been noticeable increasing among women. “This group has been heavily targeted by alcohol companies in recent years with advertising campaigns encouraging them to spend a ‘girls night in’.”

Government guidelines suggest no more than 14 drinks over the course of a week, which means it is not recommended that you go the majority of the week not drinking only to binge drink during the weekend.

Following the trend of wine o’clock can have detrimental long-term effects to one’s health. Although it may seem harmless—especially because several sources tout the benefits of wine—your drinking habit could eventually sneak up on you, and in many cases, it may be too late.


What is liver disease?

If liver disease is not caught early on, the disease can worsen and even become irreversible. When cirrhosis affects the liver, it is already the last-stage of liver disease. At this stage, a transplant is required.

Alcohol is a large contributor to liver disease, but there are other factors such as obesity, hepatitis, drug use (prescribed or illicit), and infection.

Signs and symptoms of liver disease include weakness and fatigue, weight loss, nausea, vomiting, and jaundice (yellowing of the skin).

Recognizing the signs and symptoms of liver disease are crucial so that treatment can take place right away.

Eat these foods for a healthy liver