Home » Liver » This daily beverage can really help your liver 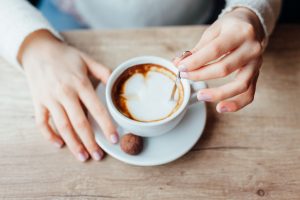 The American Liver Foundation (ALF) estimated that 30 million Americans have some form of liver disease – that’s roughly one in 10 people. The ALF also states there are more than 100 different forms of liver disease. Similarly, within Canada, the country sees about 5,000 deaths annually linked to liver disease. Clearly, North Americans need to take care of their liver health.

It is commonly believed that alcohol is the liver’s biggest threat, but the ongoing research reveals hepatitis C and even fat are just as big of a problem. To aid the liver, and that is what prompted Canadian and U.S researchers to team up and find a potential solution.

Coffee may reduce the risk of cirrhosis, suggests study

Examining research from the early 1990s, researchers published their findings in F1000 Research. The observational studies collected over 20-year time period consistently showed that coffee may benefit the liver.

Researchers found that coffee may reduce the risk of cirrhosis – scarring of the liver which impairs its function – and hepatocellular carcinoma, a type of liver cancer.

Although there appeared to be an association between coffee consumption and benefits on the liver, researchers did not see the same effect in relation to decaffeinated varieties, tea, or soft drinks. They hypothesized that caffeine is the star-player in helping the liver.

Researchers feel these findings could help further understand cirrhosis and eventually lead them to discover a possible cure for liver disease. Currently, there is not much out there to slow down liver disease or effective reduce one’s risk.

The new research shows drinking six cups of coffee a day can reduce the risk of severe liver disease. The study sought to address the problem of non-alcoholic fatty liver disease (NAFLD), which is quickly becoming the number one threat to our livers.

More and more people are living sedentary lifestyles, meaning, they are sitting more and moving less. Lack of activity and the standard Western diet are contributing to the pressing problem – our ever-growing waistlines. Fatter waistlines mean more fat infiltrating our livers and making them sick.

To conduct their study, the researchers fed mice high-fat diets along with high volumes of coffee to see if it would offer protective effects to the liver. The coffee equivalent for the mice was close to six cups of espresso for a human weighing 154 lbs.

The mice who received the coffee had fewer signs of fatty liver disease and gained less weight, compared to other mice that were fed the same diet but did not consume any coffee.

The researchers suggest that coffee helps improve the structure of the intestine, pumping up its ability to filter out harmful substances, which would normally end up in the liver.

Researcher Vincenzo Lembo said, “Previous studies have confirmed how coffee can reverse the damage of NAFLD, but this is the first to demonstrate that it can influence the permeability of the intestine. The results also show that coffee can reverse NAFLD-related problems such as ballooning degeneration, a form of liver cell degeneration.”

The study doesn’t suggest that you should start consuming coffee in large amounts, but it does offer a stepping stone to study the properties of coffee in order to create better treatments for liver disease. Current coffee consumption guidelines do not recommend over 400 mg of caffeine, which is equivalent to five cups. For some people who are more sensitive to caffeine, even the recommended limit may be too much. Listen to your body to see how caffeine affects you in order to choose the appropriate dose.

In the meantime, reduce your intake of fatty foods and get more active if you want to protect your liver.


Coffee consumption and its effect on health

Some studies praise coffee for its antioxidant properties, while others report coffee may help prevent type 2 diabetes and boost the heart health. But coffee is a stimulant, meaning, its effects can also be detrimental.

Coffee may disrupt sleep, lead to headaches, and can be addictive. Knowing your body and your health is important when it comes to drinking the right amount of coffee and not overdoing it.

Worth noting that when we discuss coffee we are talking about it in its “true form,” not the fancy variety with cream and added sugar. Avoid the artificial stuff and keep it black.

Although this new research looks promising, it’s still not enough to help reduce the risk of liver disease. Here are a few tips to help keep your liver healthy :

These are just some effective ways to help protect your liver from illness. Indeed, these suggestions should be a part of your everyday healthy living.

Your liver is your body’s powerhouse. Everything that enters the body, at some point, goes through the liver. So as long as you continue to take in the good stuff, your liver will keep up its good work.