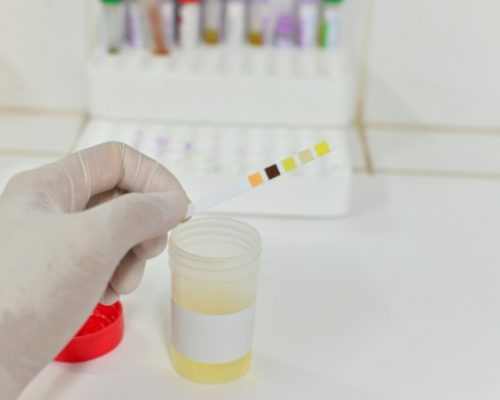 The researchers explored a type of E.coli ‘F9’ to determine the binding sugars used by the bacteria to attach to bladder cells. The researchers found the receptors which E.coli F9 binds to are only present in the latter stages of the infection, because the bladder cells change their sugar coatings as a result of inflammation and tissue damage.

When the pili (hair-like structures in E.coli for attaching to bladder cells) were not present, E.coli F9 could not hold on to the bladder during the latter stages of the infection. On the other hand, E.coli have complementary pili that allow to latch onto the bladder cells in early and late stages of infection.

Researcher Ségolène Ruer explained, “E. coli is a very versatile bacterium, with up to 40 types of pili across the different disease-causing strains. The pili direct the bacteria to their specific site in the body or to a particular host such as humans or farm animals, where the bacteria cause a variety of gastrointestinal and urinary infections. The observation that the bacterium’s F9 pili only come into the picture after infection-induced changes in the bladder tissue was unexpected, and possibly the reason why its role in urinary tract infections remained unknown for such a long time.”

Prof. Scott Hultgren added, “With multidrug-resistance of uropathogenic E. coli being on the rise, new therapeutic compounds are currently in development. We have previously shown that non-antibiotic compounds can be used to block type 1 pilus function and that this has an empowering effect during antibiotic treatment of urinary tract infections. The type 1 pilus adhesion also forms the basis of a vaccine that is entering clinical trials.”

Prof. Han Remaut explained, “Targeting F9 pili showed to suppress the further development of urinary infections in mice. The use of F9 pilus inhibitor molecules may be particularly interesting during advanced urinary tract infections, when patients report to the clinic with symptoms; and in patients that suffer from recurrent and chronic infections. A critical next step would be to get urinary tract tissues from patients and find out if we can draw a parallel between the observations we made in mouse models and bladder infection in humans. The purpose? To find new inhibitor molecules that could be used as therapies when antibiotics are no longer efficient.”

A breakthrough in research does not translate into a breakthrough in medicine right away. The present findings pave way for further research in hopes of developing non-antibiotic therapies to treat cystitis.


Treatment and prevention for cystitis

These 4 things are putting your bladder at risk