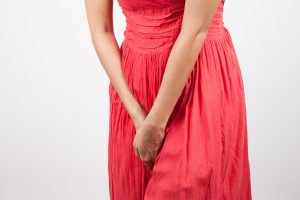 Going to the bathroom when nature calls can be a nuisance when we’re busy or nowhere near the facilities, but it’s important. You’ve likely heard the same advice from a doctor, or even friends and family, but do you really know what it’s all about?

The harm of holding in your pee isn’t usually discussed, but let’s look at what exactly you’re doing to your body when you decide to skip the restroom.

An average bladder can hold about 15 ounces of liquid – the eight glasses a day you’re supposed to drink is about 64 ounces. Although there is not much research with regards to how long a person should hold their urine in for, it has been estimated that it can vary between three to six hours. The time frame is dependent on how much liquid you’re consuming and how functional your bladder is.

When your bladder reaches its capacity, it sends a signal to the brain, prompting you to go to the bathroom. If you keep ignoring this prompt, you may lose it over time. That’s a problem, because you need that signal to keep your bladder healthy.

Other issues concerning the bladder are urinary incontinence and an overactive bladder, which makes you feel you need to go often and urgently. The Center for Disease Control and Prevention (CDC) estimates about 50 percent of Americans over 65 have some trouble with incontinence, and 33 million Americans have been diagnosed with overactive bladder.

Holding in your urine not only causes discomfort and possible pain, but other serious issues come along, too.


What happens when you hold your pee?

When you hold your urine, you’re allowing for bacteria to develop, which can cause an infection. Urinary tract infections (UTIs) most commonly affect women, but men are also at risk. UTIs are usually treated with antibiotics, but if they develop further or are not treated, the infection can move to the kidneys – potentially causing permanent damage or chronic kidney infections. They can become reoccurring, leaving you with a lot of discomfort.

UTIs become more complicated in seniors and are often misdiagnosed due to being confused with dementia or Alzheimer’s. This is because when bacteria in the urine spread in the bloodstream, it causes the symptoms of confusion and other cognitive difficulties.

In fact, as Nursing magazine reports, 30 to 40 percent of seniors don’t exhibit typical symptoms of a UTI because of aging, so the condition is misdiagnosed. If a senior starts to exhibit changes in their cognitive thinking, doctors should also be looking for symptoms associated with a UTI.

Another concern is for those who claim they don’t need to go, or rarely go, throughout the day. This could mean dehydration, and a lack fluid in the body is just as harmful as holding in a full bladder. Aim for drinking about eight glasses a day for bladder health.

It’s not just fluid that gets released with urination. Dead blood cells, chemicals, and what you ingest also get released when you pee. So consider your restroom break a way for your body to cleanse itself of toxins and excess chemicals you don’t need. When you stay hydrated, your body can flush out these chemicals much easier than when you’re dehydrated.
Wearing “breathable” – preferably cotton – underwear and changing urinary pads (if you need to use them) regularly will also help you keep your bladder and urinary tract in good form.

Don’t forget about wiping protocol! Women in particular should wipe front to back to avoid bacteria from entering the body. Urinate after sex to prevent the spread of bacteria.

Also remember to check for changes in your bathroom habits. If you are starting to go more frequently, notice that the color of your urine is different, or feel as though you’re not emptying your bladder completely, seek medical attention right away. You don’t want to create a long-term problem.

The next time you’re starting to feel the urge to use the bathroom, follow that cue, and protect your bladder.