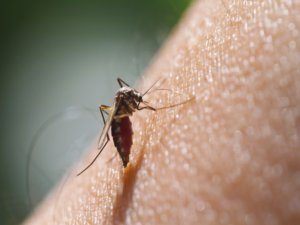 A drug currently being tested shows promise as a cure for malaria. Researchers from UT Southwestern Medical Center and researchers in Australia are working together on this potential cure.

Malaria is a spread by mosquitos. It causes fevers, chills, flu-like symptoms, and in severe cases death. The mosquitos spread a parasite that attacks red blood cells. It can also be spread through a compromised blood transfusion, though this is very rare. According to the Centers for Disease Control and Prevention, malaria killed about 500,000 people in 2013. Most of these deaths were children in Africa.

The CDC noted about 1,500 cases of malaria are reported in the U.S. every year. Patients are usually visitors or travelers from sub-Saharan Africa and Asia.

The drug being tested DSM265, works by killing off the drug-resistant malaria parasites. The targeted parasite is Plasmodium, and so far the drug has been shown promise in pre-clinical trials.

A need for a new drug to combat malaria is high, as more cases of malaria being resistant to treatment are reported.

“The problem is we’re starting to see more drug resistance, and this is what’s taken out every anti-malarial drug we’ve had,” said Dr. Margaret Phillips, professor of pharmacology at UT Southwestern.

“The parasite is very good at adapting and becoming resistant to drugs – this is inevitable. What we can do is deliver new medicines with new modes of action and safeguard the longevity of the anti-malarial through use in combination as long as possible.”

For effectiveness DSM265 will be paired alongside another treatment as a one-dose combination therapy. Another strategy is to develop DSM265 as a weekly preventative medication.

The recent study was published in Science Transitional Medicine.