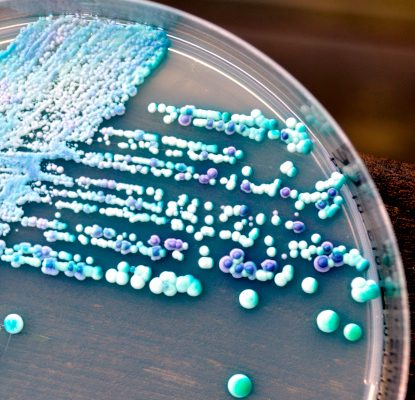 Symptoms of Crohn’s disease, an inflammatory bowel disease, can worsen as a result of a fungus known as Candida tropicalis. This fungus triggers gut inflammation, which can cause symptoms of Crohn’s disease to become exacerbated. The findings come from researchers at Case Western Reserve University School of Medicine and the findings were presented at Digestive Disease Week®.

Colon inflammation, or colitis, is a common symptom of Crohn’s disease and it is believed to be the result of an abnormal immune response when the body tries to fight off an infection. The latest findings suggest that Candida tropicalis may also trigger colitis.

Lead author Luca Di Martino explained, “The type of microorganisms that live in our intestine, our microbiome, has been shown to be a key element for triggering Crohn’s disease. Recent studies have shown that the abundance of the fungus Candida tropicalis is significantly higher in the intestine of Crohn’s disease patients compared to healthy people.”

The researchers induced colitis symptoms in mice by having them drink water that contained low levels of dextran sodium sulfate. This chemical causes acute intestinal injury, similar to that of colitis. The mice were then infected with Candida tropicalis and their intestinal tracts and gut bacteria were examined.

The authors wrote, “Our data demonstrate that C. tropicalis may play a pro-inflammatory role in intestinal injury by exacerbating gut inflammation during the recovery phase of dextran sodium sulfate-induced colitis. We speculate that infection with the fungus C. tropicalis may play a role in triggering flares during Crohn’s disease and that anti-fungal therapy may be beneficial in Crohn’s disease patients.”

Di Martino continued, “We found that high levels of C. Tropicalis increases the abundance of harmful proteobacteria in the intestine, such as E. coli, disrupting the normal balance of the gut bacteria and creating a dysbiosis, a key element that triggers intestinal inflammation.”
Colonoscopies of the infected mice revealed that the levels of inflammatory particles linked to colitis were 4.5 times higher than in uninfected mice. Additionally, when further examined beneath a microscope, the intestinal tracts of the mice infected with the fungus showed greater signs of swelling.

Di Martino further explained, “The most exciting discovery was that in the infected mice there was a significantly higher abundance of proteobacteria, the same type of deleterious bacteria found increased in Crohn’s patients. This confirmed that the presence and the abundance of fungi in the intestine have the ability to modify the bacteria living in our intestine, leading to a dysbiosis which will eventually trigger an inflammatory syndrome.”

The researchers will continue their studies on the role of Candida tropicalis in Crohn’s disease by treating infected mice with anti-fungal medications to observe how effective they are at reducing inflammation and treating symptoms.