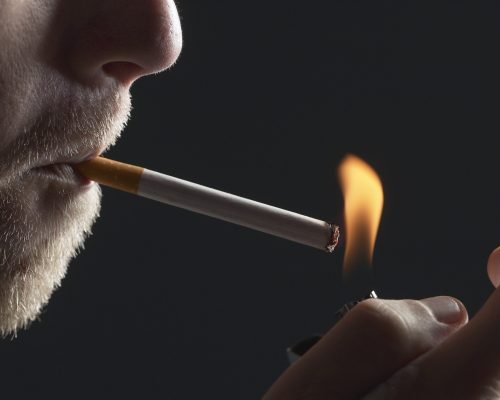 Crohn’s disease (CD) relapse risk is reduced with smoking cessation. An estimated 1.6 million Americans suffer from inflammatory bowel disease (IBD). Smoking is an environmental factor that has been linked to the development of Crohn’s disease. The authors wrote in a news release, “The present study is indeed the second trial to prospectively assess the effect of smoking cessation on CD relapse and the first study to do so in the biologic era.”

The study looked at 573 Crohn’s patients who were in clinical remission with various smoking habits and were all encouraged to quit smoking. The team studied the implications smoking had on clinical relapse of Crohn’s disease.

The patients were divided into four groups: non-smokers, former smokers, continuing smokers, and patients who had stopped smoking.

The researchers wrote, “Currently, CD patients are still unaware of the risk related to their smoking habit. Even when the awareness is higher, very few smokers with CD are properly offered smoking cessation therapy. Importantly, with no education and in the absence of smoking cessation strategies, very few CD patients quit spontaneously. Recent prospective studies have demonstrated that high smoking cessation rates (ranging from 12 percent to 37 percent at one year) are possible, and these patients should be effectively informed of the risk and offered educational and therapeutic support to quit or decrease their tobacco consumption.”

Crohn’s disease has been found to have higher rates among smokers than non-smokers, and although quitting smoking can improve relapse rates, going cold turkey to quit is not advised as it can worsen Crohn’s disease symptoms can worsen and ignite flare-ups.

Much research has shown links between Crohn’s disease and smoking, and nicotine may be to blame, as nicotine patches and chewing gum cause flare-ups as well.

If you are looking to quit smoking but are scared that your Crohn’s disease will worsen, you should speak to your doctor about your options. Many patients have seen relief while on Zyban, which is a medication that can aid in smoking cessation.

Research on smoking cessation and Crohn’s disease found that within six months of quitting, ex-smokers experience fewer Crohn’s flare-ups compared to smokers – a reduction of 65 percent.

Smoking cessation may be challenging, especially if you have Crohn’s as you may feel worse. Working alongside your doctor to find the best method to quit is ideal.