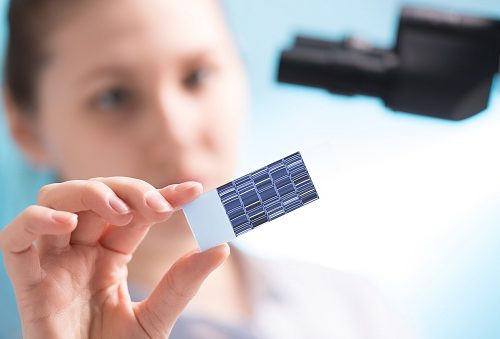 One of the lead authors Professor Arthur Kaser said, “If we are able to break down Crohn’s disease into subsets by understanding the underlying mechanisms, which we have done here, we hope to develop much more targeted, effective treatments. The discovery of the Paneth cells’ role in inflammation of the bowel also raises the possibility of entirely novel therapeutic approaches.”

Autophagy, which is the process of breaking down and recycling the unnecessary or dysfunctional cellular components, has already been linked to Crohn’s disease previously. Some believed that the defects in autophagy could inhibit the ability to eliminate harmful bacteria in the cells. With this new study, the researchers were able to identify the mechanism through which the defective autophagy can lead to Crohn’s disease. The findings suggest that autophagy plays a role in controlling the inflammatory function of the unfolded protein response, which is activated when the endoplasmic reticulum (a cell part responsible for protein transport) is under stress.

The researchers showed that endoplasmic reticulum and autophagy can be targeted as a mode of treatment. “A similar drug to rapamycin had been used in a clinical trial for Crohn’s disease, but failed. However, we speculate that if it was studied in a specific subset of Crohn’s, that the drug might actually prove effective,” explained Professor Kaser.


Over 200 genes identified in Crohn’s disease

In a study of the entire human genome, over 200 genes for Crohn’s disease have been identified. The findings were published in The American Journal of Human Genetics by scientists at UCL. The findings reveal a larger amount of genes related to Crohn’s disease, compared to any other condition. For example, there are only 66 genes for type 2 diabetes.

Although this discovery is useful, the interaction of all the genes involved in Crohn’s disease is still quite complex to understand. Senior author Dr Nikolas Maniatis explained, “The discovery of so many gene locations for Crohn’s Disease is an important step forward in understanding the disease, which has a very complicated genetic basis. We hope that the method we have used here can be used to identify the genes involved in other diseases, which are similarly complex, for example, different cancers and diabetes.”

The initial study was conducted on data from the U.K., but results were replicated with the U.S. data, too.

Dr. Maniatis added, “The discovery of so many additional genes for Crohn’s and much more precise locations within the gene-regions was partly because of the highly informative genetic maps of the human genome that we have used in our approach to locating the genes involved. The success of our work was also attributable to the fact that we were able to subdivide patients by disease presentation. Data stratification can help sort out the genetics, and before long genetics will be able to sort out patients.”

Coauthor and collaborator Professor Dallas Swallow concluded, “Some genes are likely to have a large effect and some small, but not all genes will act the same way in all patients. We can combine all this information with that obtained by others from examining cellular and molecular changes to sort this out. This will ultimately lead to more personalized strategies for treatment.”