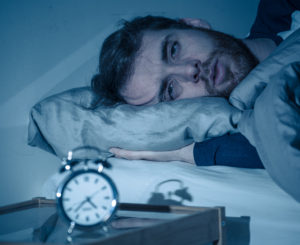 Loneliness due to the COVID-19 quarantine has been shown to increase the risk of insomnia in older adults. According to the University of Arizona, the coronavirus has had a profound impact on mental health whether the actual disease has been contracted or not.

For the study, a team of University of Arizona psychiatrists and sleep researchers analyzed data from surveys during the lockdown period of April. Led by William “Scott” Killgore, psychiatry professor in the College of Medicine Tucson, researchers found evidence of a spike in suicidal thoughts in the United States. They found two possible reasons for the increase: loneliness and anxiety-induced insomnia.

Published in the journal Psychiatry Research, the study included data from surveys of over 1,000 Americans between the ages of 18 and 34. Killgore along with Michael Grandner, an associate professor of psychiatry and director of the Sleep and Health Research Program in the Department of Psychiatry and the Behavioral Sleep Medicine Clinic at Banner University Medical Center Tucson, focused on ways to protect mental health during the lockdown. This included getting plenty of physical activity, sticking to a routine with a regular bedtime, and eating healthy.
Killgore said, “We found that during the lockdown period back in April, right when COVID cases were modeled to peak, that the rates of loneliness were quite high. According to our survey results, 93% of respondents were sheltering in place; 61.5% felt social isolated much of the time and 43% exceeded the cutoff for high loneliness, which is higher than previous reports. It’s not common to have this level of isolation on such a wide scale.”

In the published article, when asked about the consequences of widespread loneliness Killgore responded, “We found that reported loneliness was strongly correlated with depression. Of the people who scored in the lonely rage (the 61.5% of respondents), 54.7% of lonely participants met clinically significant criteria for moderate to severe depression. Only 15% of non-lonely participants felt that way. Then we focused in on the survey question that asked how often you’ve had thoughts that you would be better off dead, or hurting yourself in some way. We divided respondents into those who said no and those who said yes at any point in the previous two weeks. We found that 35% of the people who scored in lonely range had thoughts of suicide or self-harm. Pre-pandemic, the rate of suicide ideation is much lower, typically between 2 to 4%.”

The research team went on to explain how people with existing mental health issues are going to be more susceptible. However, even for those with no history of mental health problems, lack of sleep can cause people to also be affected.

Grandner said, “Falling asleep can be difficult when you have a hard time detaching and disconnecting from your thoughts at the end of the day, especially when you’re glued to the news. To combat this, give yourself time to wind down before bedtime. Take time to relax and switch gears by avoiding screens. Instead, try reading or relaxing each of your muscles one at a time.”

The research team plans to continue their analysis of the data to track mental health responses to COVID-19 throughout the year. If you are feeling stress, anxiety, or are having trouble sleeping, try reaching out to friends or family. Although many people are still unable to get together physically, phone calls or skype calls can definitely help with feelings of loneliness.