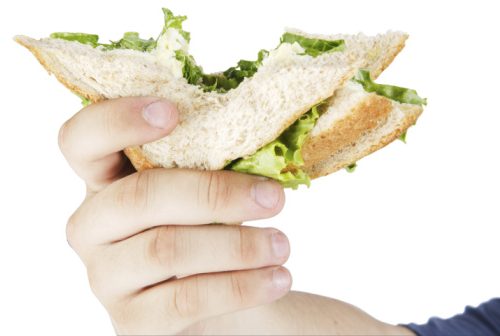 During the study individuals were asked to count their bites for a few days and then were told to reduce their bites by 20 to 30 percent over the course of four weeks. Even though participants did not change their eating or exercise habits, they still managed to experience weight loss.

Researchers explained that those who are overweight should be concerned with quantitative aspects of food and less on qualitative aspects.

Sixty-one participants were told to count the number of bites they took while eating, along with the number of gulps of liquids – aside from water. After this was done they either texted or e-mailed researchers their totals. Forty-one participants finished the study, and although researchers believe the results are promising, they know additional research still needs to be conducted. West added, “We felt pretty good about how much weight they lost given the relatively short span of the study. Now we need to follow up to see if they keep it off, or if they lose more weight.”

The participants who did not complete the study reported that it was due to difficulty with counting bites, but researchers have since developed an algorithm to do the counting for people. The technology is being transferred to an app to help people count their bites easily and efficiently.

The researchers believe bite counting is a cost-effective, doable method to lose weight considering that 70 percent of the American population is overweight.

Coauthor Ben Crookston concluded, “We’re consuming considerably more calories than we did a generation ago or two generations ago; at the same time we’re much less active. The good news is that you don’t have to be extreme calorie cutting. Even a 20 percent reduction in bites makes a difference.”

The findings were published in Advances of Obesity, Weight Management and Control.