Home » Health News » Could You Be Eating Your Way To Dementia? 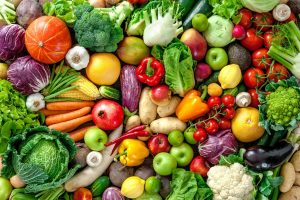 Suppose you eat many fruits, vegetables, beans, and other foods with anti-inflammatory effects, good job. You’re giving yourself a good chance at warding off memory loss, dementia, and other forms of cognitive decline.

However, eating a lot of golden-brown, sugary, starchy, or processed foods that promote inflammation can have the opposite effect.

New research suggests that a diet loaded with pro-inflammatory foods may boost the risk for memory loss, issues with language, problem-solving, and other thinking skills by three times compared to those with a less inflammatory diet.

The study featured 1,000 people in Greece, with an average age of 73, who completed a questionnaire to determine their diet’s inflammatory potential. They were then given a score ranging from -8.87 to 7.98.

Nobody had dementia when the study started, but over the short three-year follow-up period, six percent of the participants developed it.

Those with the lowest diet inflammatory scores were less likely to develop dementia, and each one-point increase in dietary inflammation score was linked with a 21 percent jump in risk.

What did their diets look like? Those with the lowest dietary scores ate roughly:

On the other hand, those with the highest scores ate about ten fewer servings of fruit per week, nine less servings of vegetables, half the beans or legumes, and slightly less coffee or tea than their counterparts with the lowest scores.

Inflammation is associated with brain and heart health, although the effect of a diet on brain health is still relatively misunderstood. It may have to do with both neuro-inflammation and the likelihood that inflammation may make it more difficult for blood to enter the brain.

In any event, consuming more natural whole plant-based foods and lean proteins may be ideal for brain health. Try using the MIND diet, which takes elements from the Mediterranean and DASH diets, as inspiration.