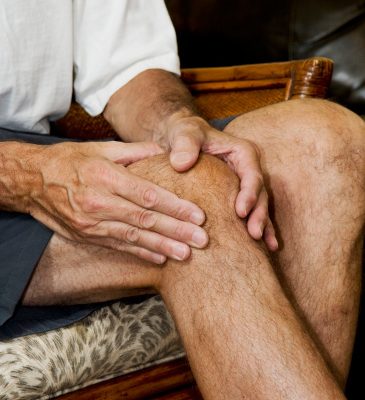 Approximately 50 million American adults report being told by their medical practitioner that they suffer from some form of arthritis, such as rheumatoid arthritis, gout, lupus or fibromyalgia, according to the Centers for Disease Control and Prevention. By 2030, this number is expected to rise even higher, to approximately 67 million sufferers. Arthritis pain can be debilitating, and often negatively affects an individuals’ personal life as well as their professional life.  Arthritis sufferers often search endlessly for pain relief options that will help them to live as normal a life as possible.  New research from the Wake Forest University in Winston-Salem, North Carolina has found that intensive weight loss combined with regular exercise can be used as a pain relief option for obese and overweight individuals suffering with knee arthritis.

The study looked at 454 overweight and obese individuals that had mild or moderate knee arthritis. The participants were randomly assigned to one of three groups: those who received 18 months of diet counseling, those who practiced 18 months of exercise, or those who received 18 months of diet counseling a long with exercise combined. Participants that were in the diet counseling group had a weight loss goal of 10% of their initial weight.  In order to achieve their weight loss goals, participants replaced some meals with shakes, and attended regular weigh-in sessions as well as nutrition sessions.  Participants assigned to the exercise-only group were to participate in regular physical activity three times per week, incorporating both aerobic and weight training exercises.  Participants that were assigned to the combined group completed both of the above described tasks for the study period.

Weight Loss with Diet and Exercise

Interestingly, participants who lost 10% or more of their initial weight saw more improvement in knee functioning and other arthritis measures no matter which group they were assigned to. Therefore, it’s important to remember that even a small amount of weight loss is beneficial for those suffering with arthritis and should be encouraged.

Both diet and exercise on their own are beneficial for pain relief as well as for control of inflammation and improved functioning for individuals with arthritis. However, combining the two provides superior benefits for arthritis sufferers.  Engaging in regular physical activity and consuming a healthy diet should be an integral part of a treatment plan for all individuals living with arthritis.