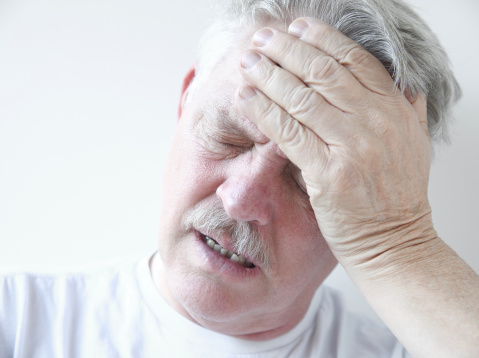 We need to keep tabs on our heart health and take preventative measures to keep our ticker strong.

Sudden cardiac death is the most common cause of natural death in the United States, accounting for approximately 325,000 adult deaths per year. It is responsible for about half of all deaths caused by heart disease.  New findings from the 11-year-old Oregon Sudden Unexpected Death Study suggest that sudden cardiac death may not be as “sudden” as we believe.

The results of the study, presented at the annual scientific sessions of the American Heart Association, found that signs of sudden cardiac arrest can be detected in middle-aged men at least a month before a fatal attack.

RELATED READING: Could Your Sweet Tooth Cause Cardiac Arrest?

A heart attack occurs when the arteries to the heart become blocked, which prevents the heart from receiving enough oxygenated blood resulting in heart damage. A heart attack can range in severity and is not always fatal.

RELATED READING: Scary Effects Of Fad Diets On Your Heart

The researchers studied medical records of 567 men, aged 35 to 65 years that had out-of-hospital sudden cardiac arrest. The results showed that 53 percent of the men who had sudden attacks actually had symptoms prior to the attack; 56 percent of these men had chest pain, 13 percent had shortness of breath and 4 percent had dizziness, fainting or heart palpitations.

The signs and symptoms appeared in 80 percent of these men between four weeks and one hour prior to the attack. The researchers found that while most of the men had coronary artery disease, only half of them had been tested for it prior to their attack. While this study focused on middle-aged men, future research is planned to see if the same results are found in women.

The lead author of the study, Dr. Sumeet Chugh, stressed that if you have any of the symptoms of cardiac arrest, you shouldn’t ignore them: Chest pain, shortness of breath, dizziness, fainting or heart palpitations. It is important to see your doctor if you notice any of these because immediate treatment may save your life.