Home » Diabetes » Could the Cure for Diabetes Be Found In Pigs? 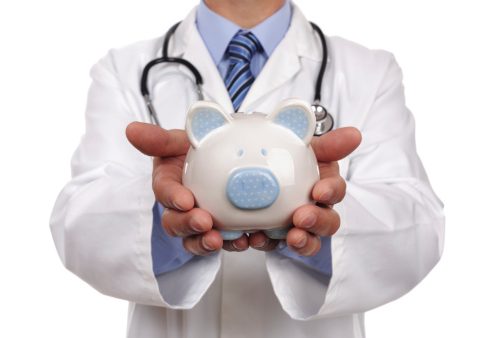 Currently, close to 30 million people in the United States have diabetes. While treatment for this disease has come a long way, the condition still makes it difficult for the sufferer’s pancreas to produce insulin. This requires many people to seek out an organ transplant for survival – currently, over 115,000 people in the United States are in need of an organ transplant. But, sadly, severe shortages in available organs force patients to wait a very long time before they are able to receive the replacements they need; some lose their lives while they are waiting.

However, Japanese and American researchers believe that they are on their way to solving this problem once and for all, treading into new territory that was once the stuff of science-fiction movies. While previous studies have already shown astonishing success when pig cells were injected into human diabetic patients, researchers now claim to be close to growing entirely functional human organs inside the bodies of pig hosts.

Although controversial, the science of cloning may one day be able to help cure diabetes, eliminating the desperation of people on the organ donor waiting list. Experts at the Centre for Stem Cell Biology and Regenerative Medicine at the University of Tokyo believe that, with more research, they are close to generating functional human organs using the same technique they have applied to animals.

The researchers injected stem cells taken from rats into the embryos of mice that were unable to grow their own pancreas. When the mice grew, they developed a fully functional pancreas and, as adults, had no signs of diabetes. The scientists believe that almost any organ could be produced in this way.  If the experiment was conducted using human stem cells, it could potentially produce a way of treating diabetic patients by providing a replacement pancreas.


The Role of Pigs

For ethical reasons, humans are not an option when it comes to this type of research experiment – but, because of our genetic similarities, pigs may just be. Scientists have already been able to produce pigs that can generate human blood. They did this by injecting human blood cells into a pig fetus. Essentially, scientists are now saying that it is possible that, one day, human organs could be grown inside pigs in a similar fashion, to then be used in transplant operations.

This isn’t the first time scientists have looked at pigs as a way to help humans cure diabetes. A few years ago in New Zealand, at least a dozen people had pig cells injected into them to help control their type-1 diabetes. Two of the patients reported that they were soon able to completely stop their use of injected insulin. Eight others were able to stop the usage of insulin for several months at a time. A remaining few were more concerned that this treatment could lead to the transmission of viruses from pigs, and so refused to participate in the study. Australia put a ban on the practice of pig cell injections; however, that ban has now been lifted. Scientists in New Zealand say that all animals must be free of disease before being considered for such studies.

In the United States, the University of Minnesota and the Mayo Clinic have joined forces to find a cure for diabetes. Researchers at the University believe that pigs have genetic characteristics that are “remarkably” similar to human beings.  The University and the Mayo Clinic are now involved in two experiments in their quest to fight the disease. One study is taking cells from pigs raised in germ-free pens, while the other study uses cells from human skin. The University researchers say there is potential that, one day, pigs could provide an unlimited supply of pancreatic insulin-producing cells to diabetic patients.

While optimistic about the future role that pigs will play in fighting diabetes, researchers admit that there is a lot of work to be done, and federal support will be required before humans can reap any possible benefits.