Home » Health News » Could a Healthy Lifestyle Save You from Irritable Bowel Diseases? 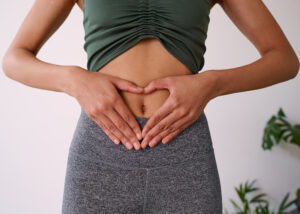 A new study suggests that people with healthy lifestyle habits could be at a significantly lower risk for developing inflammatory bowel disease.

The work, published in the journal Gut, indicates that maintaining a healthy lifestyle could prevent up to 60 percent of Crohn’s disease and ulcerative colitis.

That’s big news, especially if you’re concerned about the condition and are getting older. That’s because the older you get, the less of a role your genes play in your risk of developing an inflammatory disease.

Inflammatory bowel disease (IBD) affects more than three million adults in the U.S. Its symptoms include diarrhea, abdominal pain, cramping, and fatigue. Crohn’s and ulcerative colitis are both forms of IBD.

Older studies have shown that individual lifestyle factors are associated with the condition, but it was previously unknown if sticking to certain habits can prevent Crohn’s or colitis. Researchers came up with two lists of health factors that are believed to influence IBD risk.

One of the lists was “modifiable lifestyle factors” and included:

The other list was more specific and included several healthy habits that were used to create a “lifestyle risk score” for IBD. It included:

Researchers then looked at how each set of lifestyle factors could predict whether participants in three major U.S. studies, featuring nearly 290,000 people, developed Crohn’s or ulcerative colitis.

They found that a low score on the modifiable risk factors could prevent about two of every five cases of each. They also found that having a high lifestyle risk factor score could have prevented over 60 percent of Crohn’s and 42 percent of ulcerative colitis cases.

The factors may all contribute to IBD risk in different ways. Some promote inflammation, while others fight it. Others may harm digestive microbes in the gut, while others are beneficial.

In any event, this study indicates that your lifestyle could greatly influence your risk for irritable bowel disease.