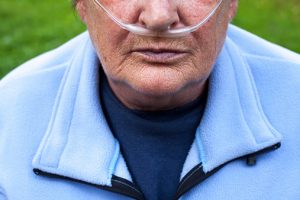 There are close to 24 million people in the United States suffering from COPD or Chronic Obstructive Pulmonary Disorder and now experts believe this lung disease increases the risk of cardiac death in those with atrial fibrillation.

Research conducted through Ghent University Hospital in Belgium indicates that COPD is linked to cardiac issues, such as atrial fibrillation. Atrial fibrillation means an irregular heartbeat and can lead to sudden cardiac death.

The study in Belgium included 13,000 people, of which close to 2,000 were diagnosed with COPD.

After carefully examining all the data they collected, the Belgian researchers concluded that a diagnosis of COPD increased the risk of sudden cardiac arrest by about 34 percent.

However, the researchers found that the risk nearly doubles five years after being diagnosed with the debilitating lung problem.

And it triples in those people who have frequent flare-ups, such as coughing and shortness of breath. 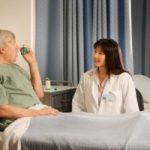 While COPD raises the risk of irregular heartbeat or atrial fibrillation, studies conducted in the U.S thus far seem to suggest that COPD has no direct link to stroke. However, the problem is that those with the chronic lung disease can still suffer a stroke since atrial fibrillation is a known risk factor for stroke. When the heart is beating in an irregular fashion, it can cause blood to pool and form clots, thus leading to stroke.

So you are likely wondering just how does COPD cause atrial fibrillation? Well, we can’t say for certain, but some theorize that it happens because both the conditions share some of the same pathogens that can lead to disease, including inflammation. They could also be linked together because they both involve mechanical functions of the lungs and the heart.

Since COPD appears to increase the risk of death in people with atrial fibrillation, some medical officials are calling for much more research to help determine exactly how it causes irregular heartbeat.

Possible factors for development of irregular heartbeat in patients with COPD

A number of factors have already been studied as possible contributors to the development of irregular heartbeat in those who suffer from COPD. For example, comorbid disease processes (disease or pathogenic process that occurs at the same time as another) have been looked at as possible factors. For example, COPD along with coronary heart disease, hypertensive heart disease, or right or left ventricular failure.

Below are some other possible factors:

Treatment of irregular heartbeat in patients with COPD 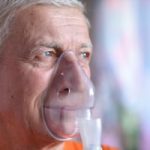 Being treated for irregular heartbeat if you have COPD could include medications or certain procedures. Some medications can control heart rate and reduce the risk of stroke, while procedures, including cardioversion – giving the heart a controlled electric shock can restore heart rhythm.

Before treatment is administered, doctors will want to try to determine the cause of the atrial fibrillation first. They will take the following into consideration:

If as an example, they determine you have an overactive thyroid gland, medication to treat hyperthyroidism can be prescribed and that may cure the atrial fibrillation. When no specific underlying cause is uncovered, treatment options vary.

Here are some of the most common treatments:

While some studies suggest that COPD does not necessarily need to have increased risk of stroke other research indicates that there is a risk of interruption of blood flow to the brain in people who smoke.

The majority of chronic obstructive pulmonary disease seen by doctors is either related to smokers or those who have lived with smokers, in other words, second-hand smoke.

According to research published in the September 28, 2015 edition of the American Journal of Respiratory and Critical Care Medicine, the risk of both Ischemic Strokes and Hemorrhagic Stroke is associated with COPD largely due to the smoking factor.

Ischemic strokes happen when an obstruction occurs within a blood vessel supplying blood to the brain. A hemorrhagic stroke is when a brain aneurism bursts or a weakened blood vessel leaks. Blood can spill into or around the brain, thus leading to swelling, pressure and damage of the cells, as well as tissue in the brain.

COPD along with atrial fibrillation can be very difficult to live with. If you want to avoid the disease, the best step you can take is to never smoke or quit smoking. If you are having difficulty quitting, talk to your doctor about cessation methods.

Try to avoid irritants such as second-hand smoke, chemical fumes, air pollution and dust. They can all be contributing factors to lung problems.

If you have already been diagnosed with COPD, you must not smoke and you must avoid other irritants if you want to breathe easier and avoid complications.