Home » Health News » COPD: A Danger for Everybody 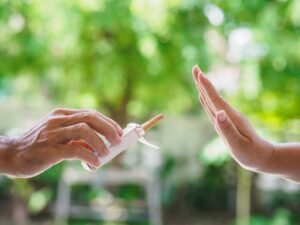 Chronic obstructive pulmonary disease, or COPD, is literally taking the breath away from millions of Americans – and not in a good way.

A group of diseases that includes emphysema and chronic bronchitis, COPD is traditionally more apparent and severe in men. However, new data shows that women are beginning to experience more severe symptoms, and genetics may play a role.

According to the CDC, COPD affects more than 16 million Americans.

The data suggests that although men still have a higher rate of diagnosis and death, both changes in smoking behavior and urbanization have increased cases in women.

The study, recently published in Radiology, indicates that smaller airways may make women more susceptible to these elements than men and lead to more severe outcomes. Essentially these pollutants, which can narrow airways, may affect women more because their airways are generally smaller than men’s.

Researchers found that women have smaller airway dimensions than men, even when adjusting for lung size, height, lung capacity, and other measures.

The team analyzed data from nearly 10,000 people who were enrolled in a study of current smokers, former smokers, or people who never smoked. Participants were aged 45-80 and were treated at 21 clinical centers across the U.S. between January 2008 and June 2011, then followed until November 2020.

In all groups, men were found to have thicker airway walls than women, while they also had greater lung capacity and tubes to direct air towards the lungs (called bronchi).

Avoiding COPD can be difficult. However, quitting smoking, using air filters in the home, and keeping your home clean may all help reduce the risk.