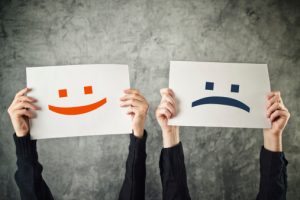 The ability to regulate emotions is important as it gives cues to those around us. But when people have difficulty regulating their emotions a diagnosis of borderline personality disorder may be given.

Borderline personality disorder affects about 14-million Americans and tends to start during adolescence or early adulthood. People who suffer from this mental illness are often characterized as being impulsive or reckless.

According to a study from the National Institute of Mental Health, about 85 percent of people with borderline personality disorder suffer from another mental illness.

In previous research of emotional instability disorders it has been evident that the volume in certain areas of the brain is reduced. Researchers said they were curious if the same areas were used in the regulation of emotions.

The recent study involved 87 healthy volunteers who were given questionnaires to evaluate their ability to regulate their emotions in everyday scenarios. Brain scans were also conducted on the participants.

Scientists found less volume in the participants’ orbitofrontal cortex – located in the frontal lobe – when they expressed they had troubles regulating emotions. The more problems the participants faced with regulating emotions in a certain scenario, the greater the reduction in volume. The same reduction in volume has also been seen in those with emotional instability disorders.

First author Predrag Petrovic said this helps to prove there is a continuum in a person’s ability to regulate emotions.

“If you are at the extreme end of the spectrum, you are likely to have problems with functioning in society and this leads to a psychiatric diagnosis,” said Petrovic, a researcher from the Department of Clinical Neuroscience at the Karolinska Institutet in Sweden.

“According to this idea, such disorders should not be seen as categorical, that you either have the condition or not. It should rather be seen as an extreme variant in the normal variability of the population.”

The findings were published in Social Cognitive and Affective Neuroscience.