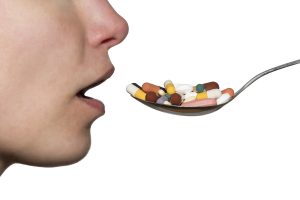 With new strains of viruses popping up every day, the first go-to fast and easy solution has tended to be antibiotics.

However, with overuse, resistance to these drugs has become a real problem. In fact, the World Health Organization (WHO) warned in its April report that common infections may soon become killers unless we take action in a more efficient way.

In its first global review of drug resistance, WHO studied data from 114 countries and concluded that resistance to antibiotics is a serious threat to public health worldwide. Researchers specifically looked at so-called “last resort” drugs. These drugs included ones which fight off bacteria like sepsis or bloodstream infections, pneumonia, diarrhea, urinary tract infections and gonorrhea. They also examined resistance to medicine needed in the treatment of more serious infections like HIV, malaria, tuberculosis and influenza. Together, they provided the biggest picture of drug resistance to date. And it’s not a pretty one.

Dr. Keiji Fukuda, assistant director-general for WHO’s Health Security, told Medical News Today, “Without urgent, coordinated action by many stakeholders, the world is headed for a post-antibiotic era, in which common infections and minor injuries which have been treatable for decades can once again kill.”

Fukuda says we need to put more focus on the prevention of common illnesses and change how we produce, prescribe and use antibiotics. Antibiotics should be a last resort when fighting off an infection, not the first thought that comes to mind. As a doctor, whose patients come frequently with symptoms of cold and flu expecting a quick prescription, I have to agree. We’ve come to rely on pills instead of making the effort and taking good steps to prevent illness.

Related Reading: If you’re having trouble losing weight this could be the reason

What is resistance to antibiotics, anyway?

Antibiotic resistance occurs when bacteria develops into strains that are no longer affected by the drugs designed to kill them. When antibiotics were first introduced in the 1940s, resistance was next to nothing because the use of them to treat infections was new and people had not yet developed a tolerance to the medication. Fast-forward to modern day and there are now places in the world where antibiotic treatment is completely ineffective in more than half of patients, according to WHO officials.

The global health report pointed out that many countries lack the ability to track and monitor antibiotic resistance. The drugs are prescribed as a fast way to attack an infection and provide relief, but the resistance is not addressed – so the drugs are working less (sometimes not at all) and the initial infection becomes stubborn and doesn’t clear up. The new report also urged policymakers to promote and regulate the use of drugs, strengthen the tracking of antibiotic resistance and increase the overall capacity of laboratories. The sharing of new ideas to prevent and treat illness among all stakeholders was also stressed, which makes a lot of sense.

There are going to be times when you simply need a round of antibiotics, so when this happens, you need to make sure you complete the full dose, even if symptoms go away. Also make sure that you never share antibiotics or use prescriptions left over from a previous treatment.

Don’t forget to try a more relaxed and natural approach, too. Use antibiotics only when you feel you have exhausted more natural treatment options. For example, if you are sick with a cold or flu, a few days of rest and hydration can make a big difference and keep you from needing to dip into a round of antibiotics that you might need for something more serious later! Use medication wisely – and sparingly.