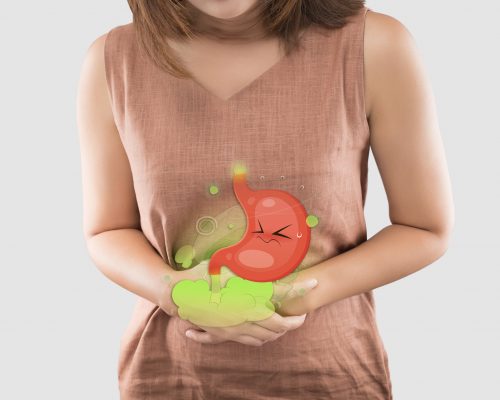 According to a new study from the American Heart Association’s Scientific Sessions, foods that cause inflammation may be responsible for heart failure. This new research indicates that people with heart failure who eat a diet high in inflammatory foods are twice as likely to end up in the hospital or die compared to those who eat foods known to reduce inflammation.

For the study, JungHee Kang, a nursing research assistant at the University of Kentucky in Lexington, looked at data from a previous study in which her team asked 213 heart failure patients to keep track of their diet for four days. Their diets were then categorized using an index that scores foods based on whether they decrease or increase inflammation.

“It’s well known that diet plays a critically important role in the development of heart disease and stroke,” said Dr. Amit Khera, professor of medicine at the University of Texas Southwestern Medical Center. “This is a reminder that diet is important. The only surprise to me was the magnitude of the effect.”

Khera explained how this study was important because it looked specifically at heart failure outcomes, which was different from previous studies that focused more on heart attacks and stroke.

When comparing diets that are heart-healthy, Khera and her team noticed that they have more in common than they do differences. For example, the Mediterranean diet includes olive oil as a primary fat source, accompanied by lots of fruits and vegetables, grains, beans, nuts and seeds, and low amounts of eggs, fish, poultry, and dairy products.

The DASH (Dietary Approaches to Stop Hypertension) diet also includes a lot of vegetables, fruits, and whole grains, and limits foods that are high in saturated fats. The only difference is that the DASH diet allows more protein from low-fat dairy, meat, and poultry.

Researchers recommend plant-based and Mediterranean style eating patterns while limiting processed meats, sweetened drinks, refined carbohydrates, cholesterol, and sodium. While many heart-healthy diets are similar, the key is finding the one that works best for you.

Approximately 6.2 million U.S. adults have heart failure, according to the American Heart Association. Heart failure occurs when the heart doesn’t pump enough blood and oxygen to support the other organs in the body. With this many incidences of heart failure, it is important for patients and physicians to understand the risk factors and possible dietary changes that can help to reduce the risk. With one simple lifestyle change, your risk of heart failure can be cut drastically.