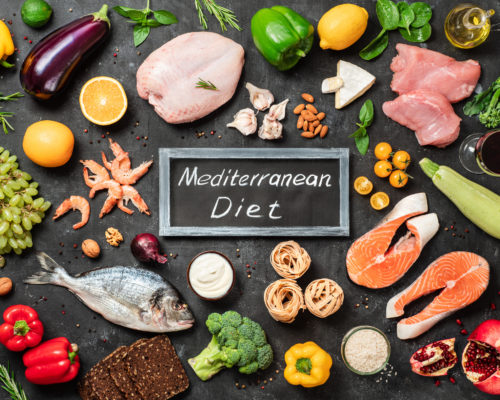 More than 100 million Americans have high blood pressure, and many are looking for natural treatments. This is what drives thousands of studies each year about possible lifestyle changes that could help to lower blood pressure.
One such study recently published in Scientific Reports has found that people who consume a diet, including flavanol-rich foods and drink, could experience lower blood pressure. Flavanol-rich foods include staples such as tea, apples, and berries.

The study recorded the diet of more than 25,000 people in Norfolk, UK and compared what they ate with their blood pressure. This is the first study of its kind to not just rely on participants reporting their diet, but instead, researchers measured flavanol intake objectively using nutritional biomarkers. These biomarkers are indicators of dietary intake, metabolism, and nutritional status that are present in food.

It was found that the difference in blood pressure between participants with the lowest 10% of flavanol intake and those with the highest 10% of intake was between 2 and 4 mmHg. These changes in blood pressure are also observed in those following a Mediterranean diet or Dietary Approaches to Stop Hypertension (DASH) diet, which are the two most suggested diets for lowering blood pressure.

Professor Gunter Kuhnle, who led the study, said: “Previous studies of large populations have always relied on self-reported data to draw conclusions, but this is the first epidemiological study of this scale to objectively investigate the association between a specific bioactive compound and health. We are delighted to see that in our study, there was also a meaningful and significant association between flavanol consumption and lower blood pressure.”

This study is able to give an objective conclusion about the association between flavanols, found in some fruits and tea, and blood pressure. As previously found, certain diets can help to lower blood pressure, so researchers are able to add that the same results can be achieved with a habitual diet rich in flavanols.

Largest Study of Its Kind

Experts are praising this study as is it one of the largest ever to use nutritional biomarkers to investigate bioactive compounds. This methodology has long been seen as the gold standard for research as it allows the intake to be measured objectively.

An international team from the University of Reading, Cambridge University, the University of California Davis, and Mars added data from 25,618 participants from the European Prospective Investigation into Cancer to the original study. They found that the biggest difference for those who consumed a flavanol-rich diet was observed in participants with high blood pressure. Researchers believe that this could suggest if the general public increased its flavanol intake, there could be an overall reduction in cardiovascular disease incidence.

This study adds to the growing evidence to show that dietary changes can greatly benefit those who suffer from high blood pressure. The benefits of flavanols can now be added to the list of other diets that can be beneficial, including the Mediterranean diet and the DASH diet.