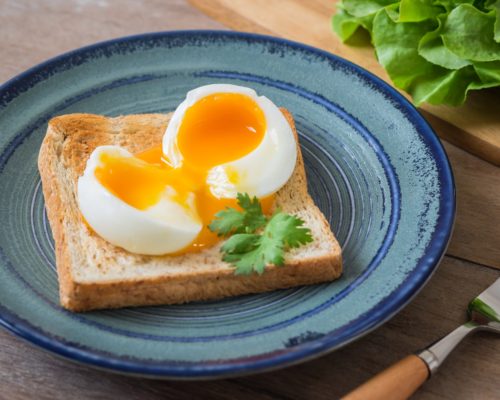 Consumption of eggs and dietary cholesterol is associated with heart disease risk. The study combined data from six previous studies and found a six percent higher risk of cardiovascular disease when daily egg consumption increased to half an egg.

Study coauthor Norrina Allen explained, “The take-home message is that individuals who consume higher levels of dietary cholesterol are at increased risk for the development of heart disease and mortality later in life. And in the U.S. diet, eggs are one of the top sources of cholesterol.”

Allen is not saying that we should stop consuming eggs, but to be mindful of your consumption. Like everything, consume in moderation.

Furthermore, the amount of cholesterol you consume doesn’t directly correlate with higher cholesterol levels. Other factors like genetics come into play that better determine how your body uses dietary cholesterol.

The previous data was from 29,615 participants who were followed on average for 17.5 years. Participants filled out dietary questionnaires at the start of the study, but not again afterward.

By the end of the study, there were 5,400 cases of heart-related adverse outcomes.

After analyzing the data, the researchers found an association between egg consumption and heart disease risk. As participants consumed more eggs, their risk of heart disease increased.

There has been a longstanding debate about egg consumption and their effects on cholesterol, and even with this new study, some researchers are still skeptical.

Cardiologist Dr. Dennis Bruemmer explained, “The particular contribution of cholesterol derived from eggs has also been studied in several studies, with varying and discrepant results. This study does have clear limitations, including self-reporting at a single time point. This limits its validity.”

Eggs contain about 200 mg of cholesterol, but also contain a slew of other important nutrients to support good health.

Cholesterol is also found in many types of meat, and if someone is a big meat eater, they will most likely have higher cholesterol levels.

All foods, healthy or not, should be consumed in moderation to ensure that you are getting nutrients you need, but not too much of the stuff you don’t want, like cholesterol.