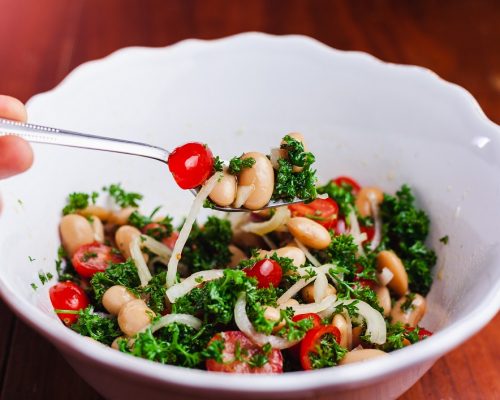 More evidence is emerging to show how plant-based foods can be beneficial in reducing the risk of heart disease. According to two research studies published in the Journal of the American Heart Association, eating plant-based foods is heart healthy at any age.

The two separate studies analyzed plant food consumption and found that in both young and post-menopausal women, there were fewer heart attacks, and they were less likely to develop cardiovascular disease.

The first study analyzed a plant-based diet and the occurrence of heart disease in 4,946 adults enrolled in the coronary artery risk development in young adults (CARDIA) study. At the start of the study, all participants were aged 18 to 30 years old and were free of cardiovascular disease at that time.

Participants had eight follow-up exams from 1987-88 and 2015-16. These follow-ups included lab tests, medical histories, physical measurements, and an assessment of lifestyle factors. Participants were not instructed to eat certain things and were not told their scores on the diet measures. This was done so the researchers could collect unbiased long-term habitual diet data.

The foods that the participants consumed were classified into three different groups.

These were categorized based on their known association with cardiovascular disease.

Overall, participants who got higher scores consumed a variety of beneficial foods compared to people who had lower scores that ate more adverse foods. It was found that higher values corresponded to a nutritionally rich, plant-centered diet.

It was noted that between years seven and twenty of the study, when participants’ ages ranged from 25 to 50 years, those who improved their diet the most and consumed more beneficial plant foods and fewer animal products were 61% less likely to develop cardiovascular disease.

“A nutritionally rich, plant-centered diet is beneficial for cardiovascular health. A plant-centered diet is not necessarily vegetarian,” said Yuni Choi, Ph.D., lead author of the young adult study. “People can choose among plant foods that are as close to natural as possible, not highly processed. We think that individuals can include animal products in moderation from time to time, such as non-fried poultry, non-fried fish, eggs and low-fat dairy.”

This study included 123,330 women in the US who participated in the Women’s Health Initiative. The average follow-up time for this study group was 15.3 years. Researchers used self-reported food frequency questionnaires to score each woman’s adherence to their diet.

Overall, these studies show that following a plant-based diet whether earlier in life or post-menopause can have a positive effect on heart health.