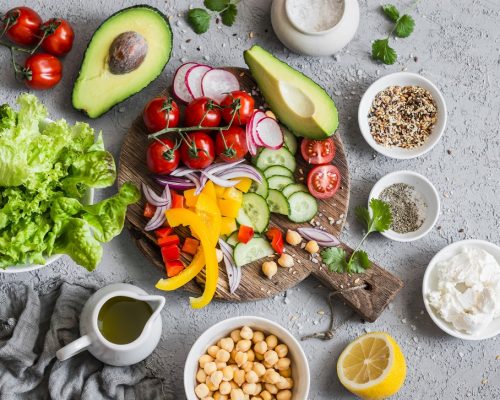 A new study from the University of Edinburgh has found that people who consume a Mediterranean-style diet have better thinking skills when analyzed. The diet, which consists of mostly green leafy vegetables and is low in meat, has been linked to many health benefits across various studies.

These latest findings add to the mounting evidence that suggests a plant-based Mediterranean-style diet has benefits for cognitive functioning later in later. For the study, researchers tested the thinking skills of more than 500 people aged 79. None of the participants had dementia.

Each participant was required to complete tests involving problem-solving, thinking speed, memory, and word knowledge. They were also directed to fill out a questionnaire about their eating habits during the previous year. Over half the participants also underwent a magnetic resonance imaging (MRI) brain scan to test for their brain structure.

It was found that, in general, participants who followed a Mediterranean-style diet had the highest cognitive function scores. Results were adjusted for childhood IQ, physical activity, smoking, and other related health factors. These differences were small but statistically significant.

Dr. Janie Corley concluded the study by saying, “Eating more green leafy vegetables and cutting down on red meat might be two key food elements that contribute to the benefits of the Mediterranean-style diet. In our sample, the positive relationship between a Mediterranean diet and thinking skills is not accounted for by having a healthier brain structure, as one might expect. Though it’s possible there may be other structural or functional brain correlates with this measure of diet, or associations in specific regions of the brain, rather than the whole brain, as measured here.”

No Relationship to Better Brain Health

While the study did find a link between diet and thinking skills, it did not find a connection to better brain health. Researchers also note that grey and white matter volume, markers of healthy brain aging, did not differ between those regularly eating a plant-based diet and those who did not.

A Mediterranean diet has been found to have many health benefits for overall health and many experts believe it is one of the best ways to eat to stay healthy. In fact, it has been credited as the reason why so many southern European regions have such high life expectancy. Inspired by Spain, Italy, and Greece’s eating habits in the 1960s, the principal aspects include high consumption of olive oil, legumes, unrefined cereals, fruits, and vegetables. It also includes high consumption of fish and very little meat.