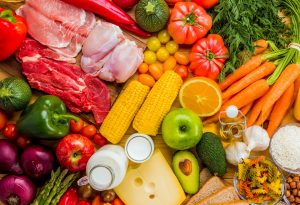 According to new preliminary research, consuming higher total amounts of animal fats could increase the risk of stroke, while consuming more vegetable fats may lower the risk. Researchers believe this new information could help with the prevention of cardiovascular disease, including stroke.

The study analyzed 27 years of follow-up from a total of 117,136 participants in the Nurses’ Health Study and the Health Professionals Follow-Up Study, two of the most extensive studies to examine the risk factors for various chronic diseases.

All participants had an average age of 50 years, 63% were women, 97% were white, and all were free of heart disease and cancer at the time of enrollment. Every four years during the study, participants completed food frequency questionnaires that were used to calculate the source, amount, and types of fat in their diets.

Researchers were able to calculate the cumulative average of the dietary data overtime to find their long-term dietary intake.

During the time of the study, 6,189 participants suffered a stroke, including 2,967 ischemic strokes and 814 hemorrhagic strokes. Overall, researchers found that participants who consumed the most vegetable fat were 12% less likely to experience a stroke compared to those who ate the least. Those with the highest amount of non-dairy animal fat in their diet were 16% more likely to experience a stroke than those who ate the least.

Lead author of the study Fenglei Wang said, “Based on our findings, we recommend for the general public to reduce consumption of red and processed meat, minimize fatty parts of unprocessed meat if consumed, and replace lard or tallow with non-tropical vegetable oils such as olive oil, corn or soybean oils in cooking in order to lower their stroke risk.”

Researchers would like to further their studies by looking at subtypes of fat intake, such as separating saturated fat consumed from dairy or non-dairy animal sources and vegetables. They believe this may be useful in further understanding the association between fat intake and stroke risk.