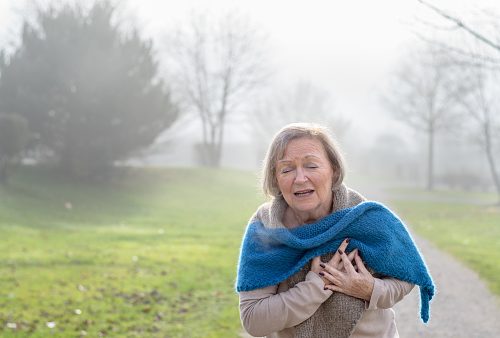 Congestive heart failure (CHF), a condition where the heart functions inefficiently, has been found to be linked with metabolism. According to new research published by the German Cancer Research Center, metabolic changes in the body affect this progressive and life-threatening condition.

A change in metabolism refers to a change in the key source of energy in the human body. A healthy heart derives three-fourths of its energy from fatty acids. When the body starts to metabolize carbohydrates instead of fatty acids for energy, it can cause weakening of the heart muscles, leading to congestive heart failure.

What do we already know about congestive heart failure?

Congestive heart failure, also known as cardiac insufficiency, is a condition in which the heart does not pump blood efficiently due to the presence of excess fluid around it. As a result, a person may experience breathlessness and short breaths as well as difficulty exerting themselves. Someone suffering from this condition would find it hard to exercise. The condition progresses with time and can be fatal.

Scientists have found that congestive heart failure also leads to metabolic changes in the body. However, the latest research shows the relationship can work the other way too—metabolic changes can cause CHF.

The study that led to this discovery was conducted by scientists from the Heidelberg University Hospital and German Cancer Research Center (DKFZ) and was carried out using mice. Andreas Fischer, a scientist from DKFZ, identified a receptor molecule called Notch 1, which plays an essential role in the transportation of fatty acids into the heart muscles. A receptor molecule is a protein molecule on or inside a cell that receives chemical signals. It is activated by stimuli or responds to an antigen, hormone, or a neurotransmitter.

The researchers deactivated Notch 1 in blood vessels of mice by introducing a therapeutic antibody. Notch 1 could no longer send signals downstream, which led to a lack of fatty acids and subsequent heart failure in the mice.

Taking this experiment a step further, they genetically engineered mice so they could specifically target the endothelial cells that line the surface of blood vessels. They tried the same experiment on these mice and found that within a period of a few weeks, the mice that they bred in the laboratory developed cardiac insufficiency.

Marcus Jabs, first author of the study, explained that nutrients in the blood are transported through the endothelial cells as blood passes from blood vessels into heart muscles. When Notch 1 is repressed, the heart receives less fatty acids and begins to burn glucose for energy. As a result, the heart muscle grows. This can lead to heart failure.


Significance of the findings

The findings are important for heart failure treatment as they show the impact of metabolism on the heart. According to Jabs,  since we know what leads to heart failure, we also understand that blocking the signalling pathway can prevent it. This can be achieved by a diet that has very low levels of carbohydrates. However, Fischer warns against excluding carbohydrates completely from meals as their presence is not solely responsible for congestive heart failure.

In addition, the findings can have a positive impact on the approach to cancer therapy, as diets and drugs that inhibit certain pathways can prevent congestive heart failure in cancer patients.

World Health Day: Healthy foods and tips for a healthy heart and brain